Hello everyone, I hope you all are doing great. In today’s post, I am going to share a Final Year Project in detail, named as Real Time Security Control System using XBee and GSM. I will give you all the details so that you can easily design it on your own. I’ve given the Proteus Simulation to download below. In that zip file, you will get both the Arduino codes and Proteus Simulations.

I have divided this whole project design into four parts. If you got into any trouble in your project, then ask in comments and I will try my best to resolve them. So, today we are gonna have a look at the basics of this Security project. There are a lot of systems introduced in the market these days that are used to transfer sensor data from one node to another either wirelessly or through some wired connection. The proposed technique also works on this same principle. But a lot of modifications are intended to introduce in order to enhance this technique.

Now let’s have a look at the project description:

In this project, I have designed a real-time security system, which consists of two wireless nodes named as

So, first of all, let’s have a look at these two nodes one by one. First, I am going to discuss Sensor Node:

The sensor node is placed in that building which is needed to be secured. Sensor node consists of three different sensors and two modules used for security purposes named as:

Below two modules are used for controlling purposes:

Block Diagram for the Sensor Unit of Real Time Security Control System using XBee and GSM is shown in below figure: 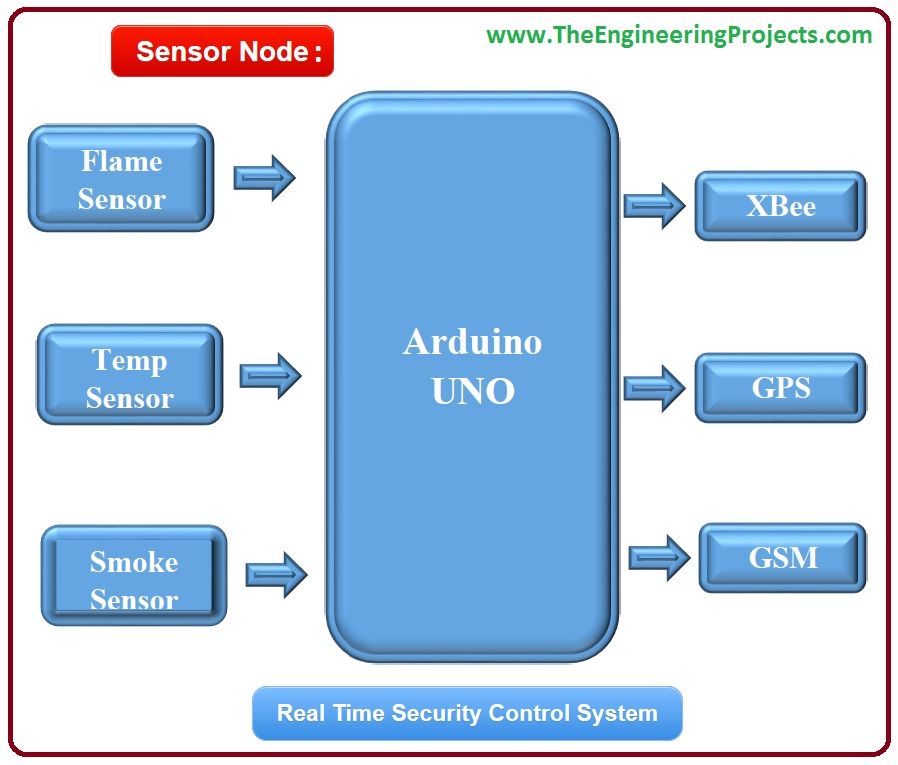 Now let’s have a look at the Base Unit of Real Time Security Control System using XBee and GSM. 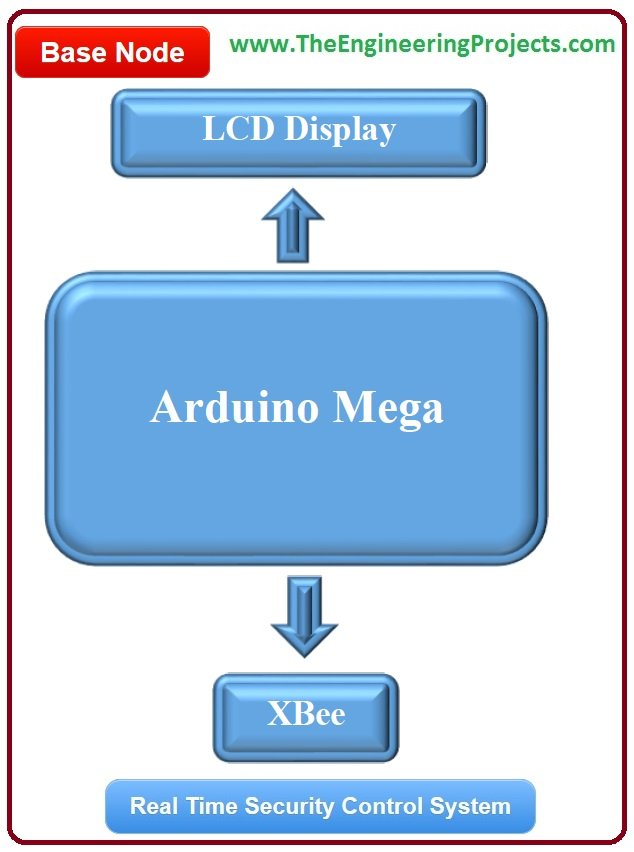 In the previous section, we have had a look at the basic Introduction of our Real Time Security Control System using XBee and GSM. This section will elaborate on the selection of the components which is the most important factor before designing any project/product. This is basically a simulation based project so there is no hardware involved in this project. The proposed technique is designed in Proteus ISIS. All of the components are taken from the Proteus library.

So, these are all the components/modules, which I have used in this project. So, in the first part, have seen the basic Introduction of the project and then in the second section, we have had a detailed overview of all the modules used. So, now in the next section which is the third part I am gonna show you How to design these Proteus Simulations.

In this section, we are gonna have a look at how to design these Proteus Simulations for Real Time Security Control System using XBee and GSM. As you know, I have used Arduino so we also need to discuss the code in order to run these simulations. So, first, we will design the proteus simulations and then we will write its code. 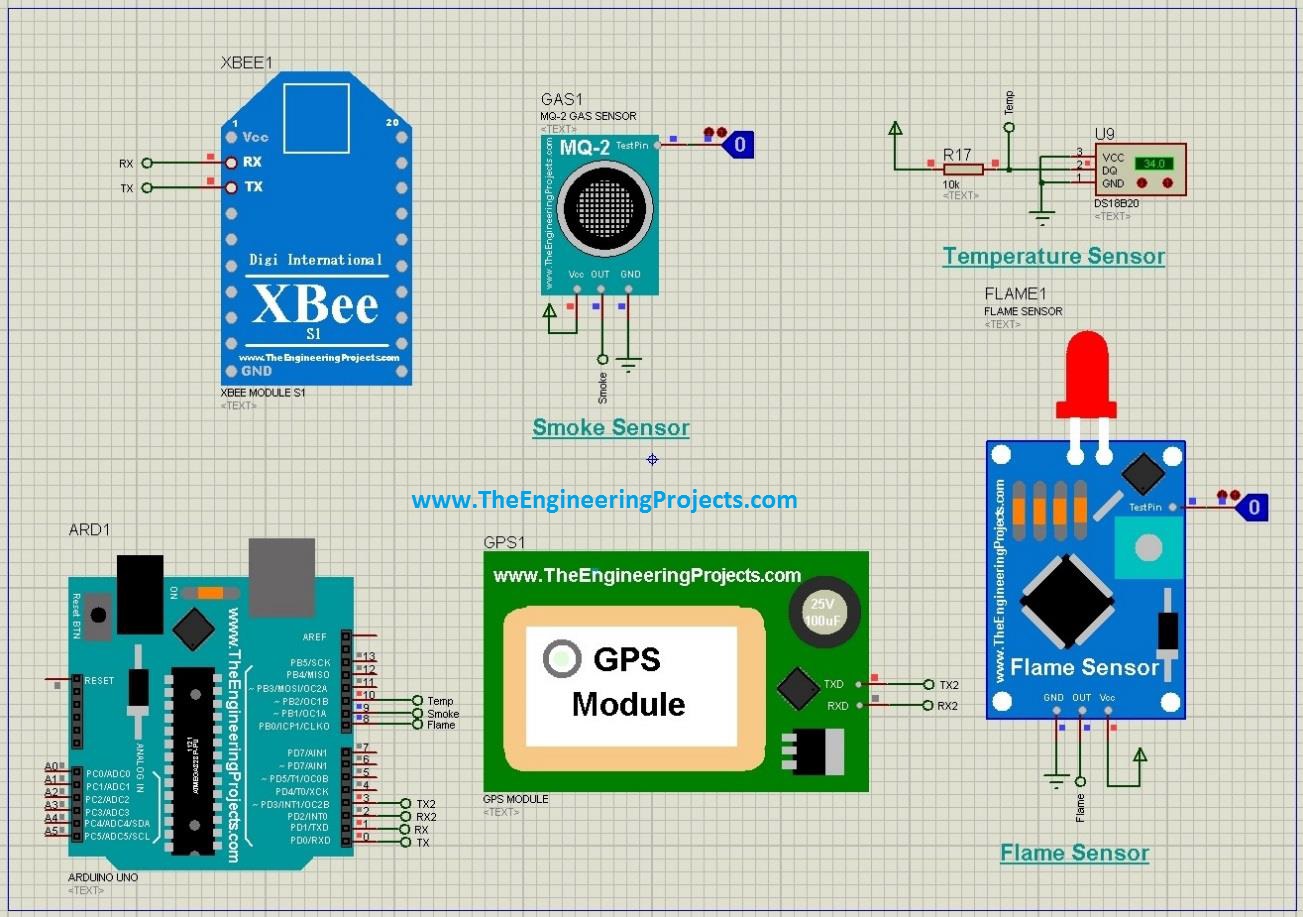 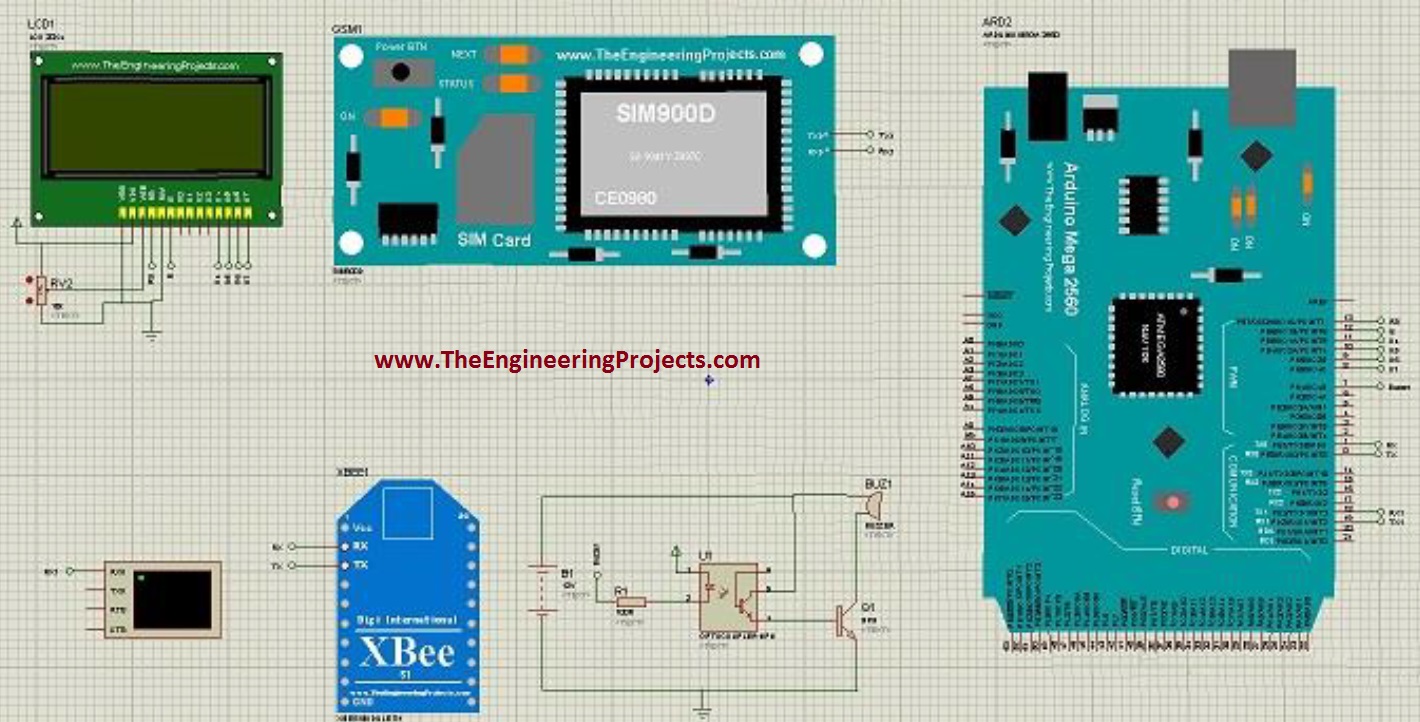 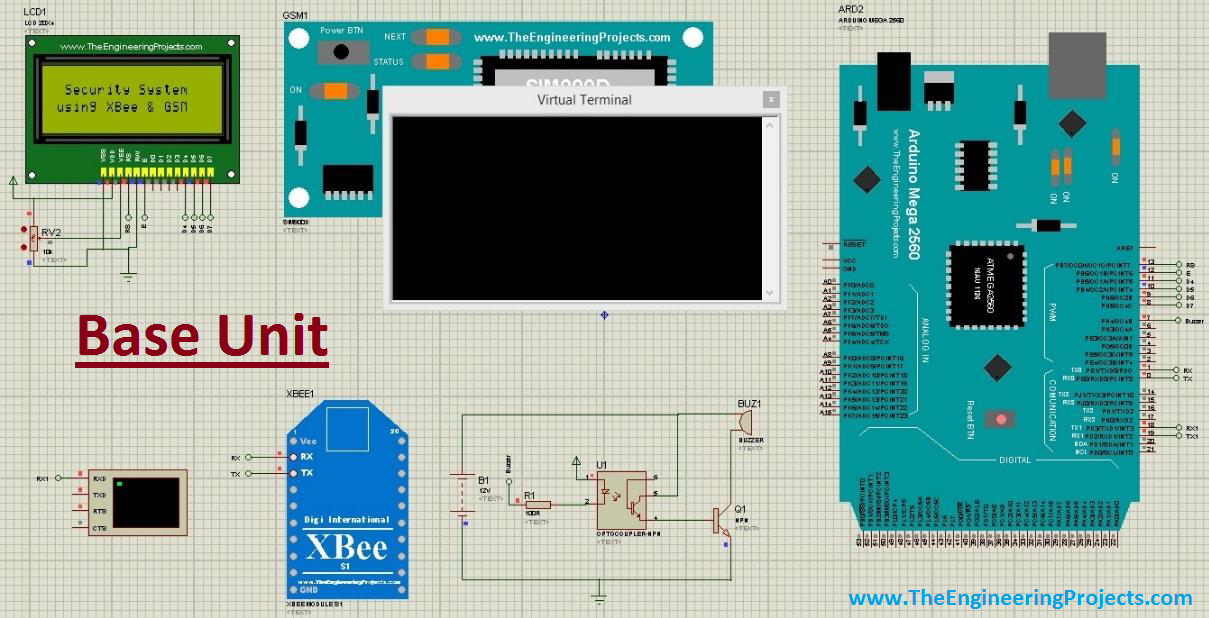 So, that was all about Real Time Security Control System using XBee and GSM. If you got into any trouble then ask in the comments and I will help you out. Thanks for reading, take care and have fun !!! 🙂