What is Virtual Terminal ?

Virtual Terminal is a tool in Proteus, which is used to view data coming from Serial Port (DB9) and also used to send the data to Serial Port. In windows XP, there’s a built in tool named Hyper Terminal, which is also used for the same purpose but in windows 7 there’s no such tool, so for windows 7 users this virtual terminal is quite a great comfort. If you guys don’t know about serial port then I would suggest you to read this tutorial to get better idea of serial port:

Virtual Terminal in Proteus, as I explained above, is used to send or receive data to or from a serial port. Serial port is a 9 pin port which is mostly find on the computers and is used in Embedded System Projects for data communication. Normally in student projects, data is sent from hardware to computer via serial port and then user design some application on their computer to view that data in some represent-able form.

Now, in projects there are some testing steps which are quite helpful, if we use them properly, and these testing steps require some tools in order to test the process. Like, suppose some student have designed the hardware to send the data to the computer and have also design its application to receive it and now when he tests it he didn’t receive any data. At that point student got tensed and don’t know where’s the error so at that point there’s may be some error in the hardware or may be in the software.

Whenever I start working on some projects, I always make sure that I am going in right direction like if I have to made this project then after completing my hardware, I will first check it via this virtual terminal and once I got sure that my hardware is okay then I will move to the software part. If you are gonna design the hardware then I think you must check Serial communication with 8051 Microcontroller, which is also designed in Proteus ISIS software and the data is displayed using the same virtual terminal.

There are also many other applications of this terminal like suppose you wanna design some circuit in Proteus which involves serial port then you can add this terminal on your circuit and can test it before going to the hardware, which we will shortly see below. So, now let’s get started with Virtual Terminal in Proteus.

How to Use Virtual Terminal in Proteus ISIS? 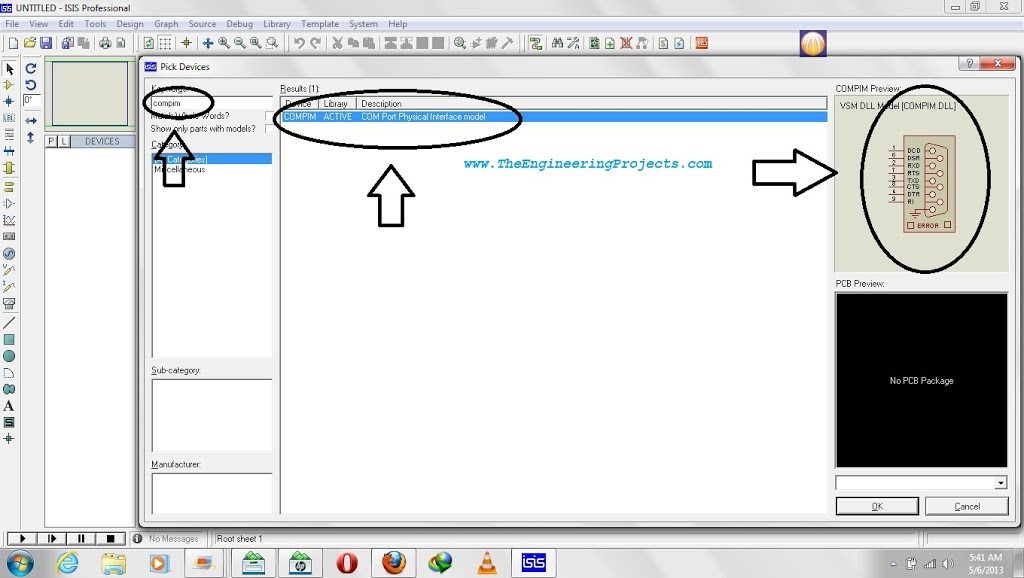 I think you guys have got much of the idea of this Virtual Terminal in Proteus ISIS. If you have any problem anywhere, ask in comments and also subscribe to our newsletter via email to get these amazing tutorials right into your mailbox. In the next tutorial, I have explained How to use Oscilloscope in Proteus ISIS. Thanks, take care.