Hello student! Welcome to The Engineering Projects. We hope you are doing good. We are glad to introduce and use the Solar Panel Library in Proteus. We work day and night to meet the trends in technology. This resulted in the design of new libraries in Proteus Software by TEP and today we’ll talk about the project based upon one of our library i.e, Solar Panel.

Solar Panels work very great in this era when all of the scientists are working to have a power source that is cheap, environmentally friendly, and clean. Solar energy fits in all these dimensions. We are designing a solar inverter in our today’s experiment. This inverter is the best idea for the engineering project because it has endless scope, it is easy and trouble-free. In this report, you will learn:

In addition, we’ll look at some interesting points in DID YOU KNOW sections.

The inverters are the devices that convert the DC power to AC power. These inverters are indispensable because a large number of electronics works on AC and the cons and pros of AC or DC device depends upon the requirement of the device. In this way, we may define the solar inverters as:

“The solar inverters are the devices designed to convert the solar energy stored in the solar panel in the form of Direct current, into the alternating current by the mean of its circuit.”

The energy is stored in the form of solar energy that comes directly from the sun. This makes it suitable to use for thousands of devices and users can get the ultimate solution of the power source with minimum or no cost once set up is completed.

Addition of library for solar panel

As we said earlier, the idea of the Solar Panel lin=brary is new. We design this library to improve the experimentation and many circuits are been design by using solar energy and solar system. When you search for the “Solar Panel”, you won’t have this. In order to have it in your Pick Library option, just download it from our site. You can add it in really straightforward and easy steps:

You can also read the full description if you have any confusion about the installation.

Components of the Solar Inverter

The Solar Inverter consists of some simple passive components such as resistors, capacitors, diodes etc. along with other components. Out of which,  some of them are important to discuss. Just have a look at them:

Solar Panels are the best source to produce electricity. The Solar cells work when the sunlight strikes the surface of the Solar Panel, the photovoltaic cells capture the sunlight and convert them into another form of energy i.e. electric current. This energy is then stored in the battery or can be used directly to run the devices.

The relay is an engrossing component. It works as the controller of the circuit. The working of the relay seems like the switch but it has a magnetic coil in it that magnetizes and de-magnetizes, according to the requirement of the user. This plays an important part in the charging and discharging of the battery as well as the working of the Solar Panel.

Both of the circuits are joined and disjoined with the help of switches. As far as the switch of the Solar Panel is closed, the circuit does not show any output. When the switch is turned closed(connected) then the energy from the solar panel starts moving towards the relay. 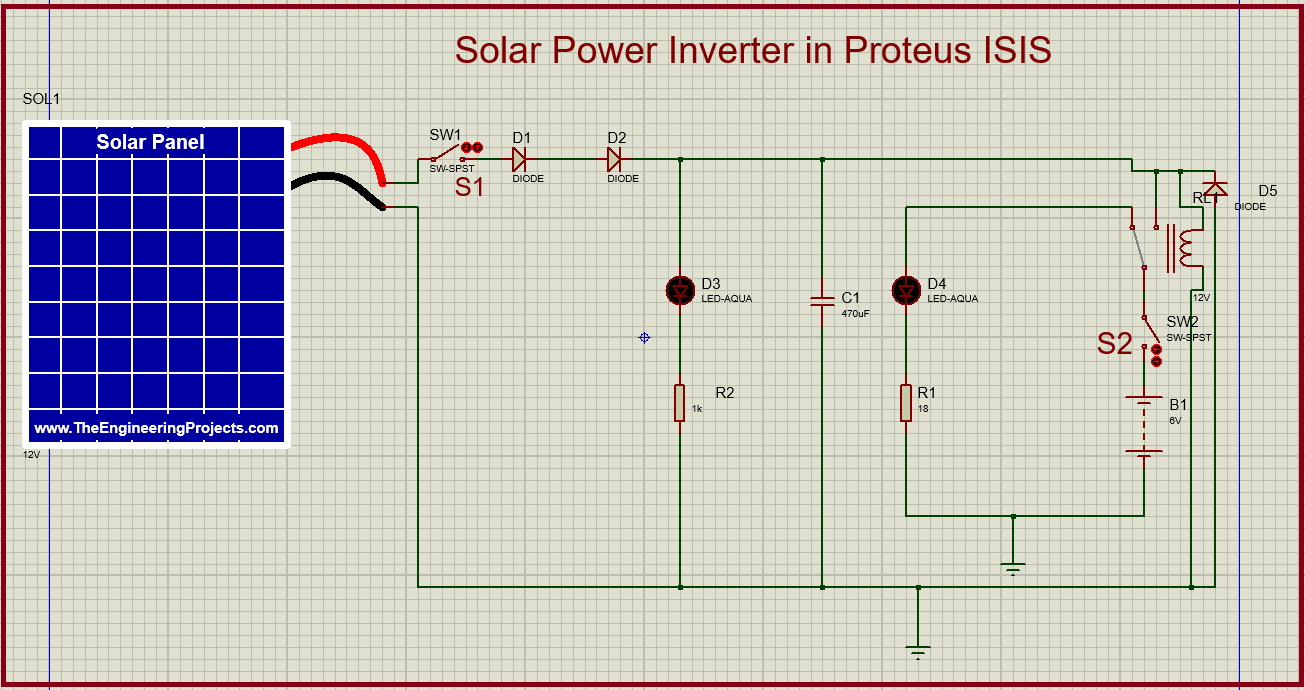 Simulation of the Solar Panel Inverter in Proteus ISIS

To simulate the circuit of the Solar Panel Inverter, go along with these steps: 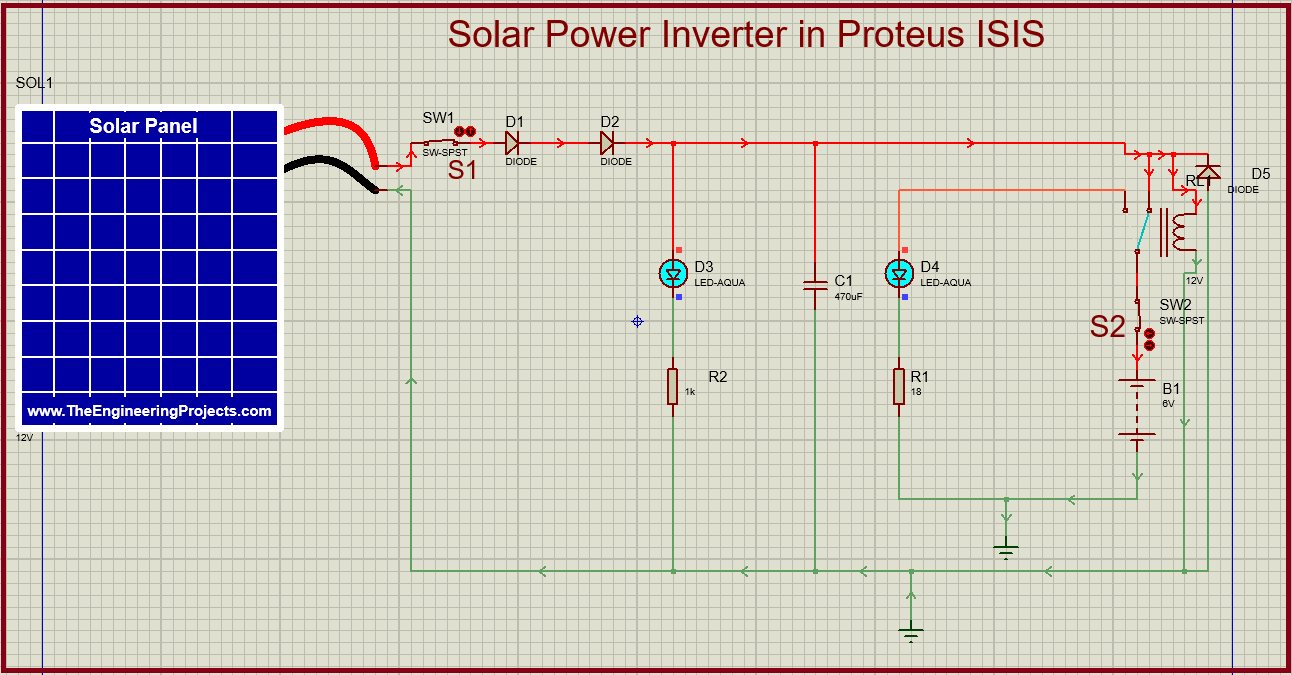 Consequently, we saw about the theory and the practical performance of Solar inverters in Proteus ISIS and we learned how can we add the library of solar panels in the Proteus.