Hello friends, hope you all are fine and enjoying good health. In the previous posts, we have seen How to design a 5V DC power supply in Proteus ISIS and after that we have also discussed How to design a variable DC Power supply using LM317.So, now today we will check how to design a DC Motor Drive Circuit in Proteus ISIS. DC motor is present in Proteus and quite easy to use. First we will simple drive it by applying voltage on its both sides i.e. direct method and after that we will automate it and will drive the circuit using PIC Microcontroller. The microcontroller I am gonna use will be PIC16F877A and the compiler will be MikroC Pro For PIC.This tutorial is not a correct method of driving any DC motor. In this tutorial, I am just giving an overview of How to design a DC Motor Drive Circuit in Proteus ISIS so you can say this tutorial is more about DC motor in Proteus software. So, don't try it in hardware. DC motor is a simple motor which needs polarity difference at its two ends. IF this polarity is in forward direction then DC motor moves in one direction and if we reverse the polarity then the DC motor moves in the opposite direction. So, let's get started with DC Motor Drive Circuit in Proteus ISIS. 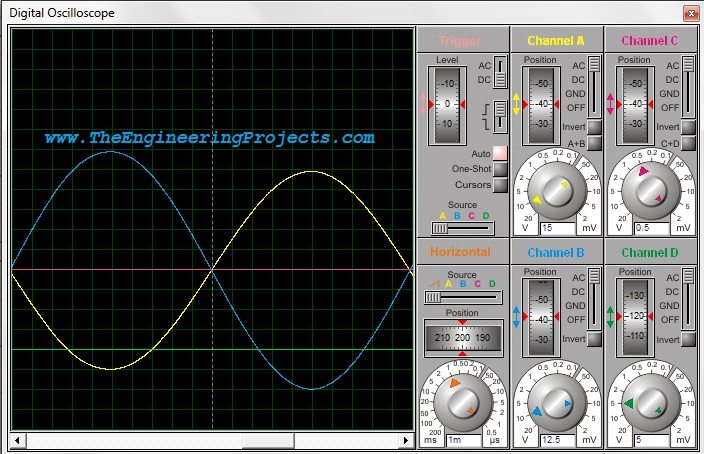 How To Use Oscilloscope in Proteus ISIS