Hello friends, I hope you all are doing great. In today’s tutorial, we are gonna have a look at detailed Introduction to 74ls04. 74LS04is a participant of 74XXYY integrated sequence. The seventy-four sequences are numerical logic incorporated circuitries. This integrated circuit consists of 6 not gates. These gats do the function of reversing of different functions. To the existence of six gates, it also is known as hex inverter.

This integrated circuit is offered in numerous suites. You can select a suitable suite dependent on conditions. This module has fourteen pinouts which perform different functions. It is used in different memory units. In today’s post, we will have a look at its protection, wreck, oddness, privileges, etc. I will also share some links where I have related it with other microcontrollers. You can also get more material about it in comments, I will guide you more about it. So, let’s get started with a basic Introduction to 74ls04. 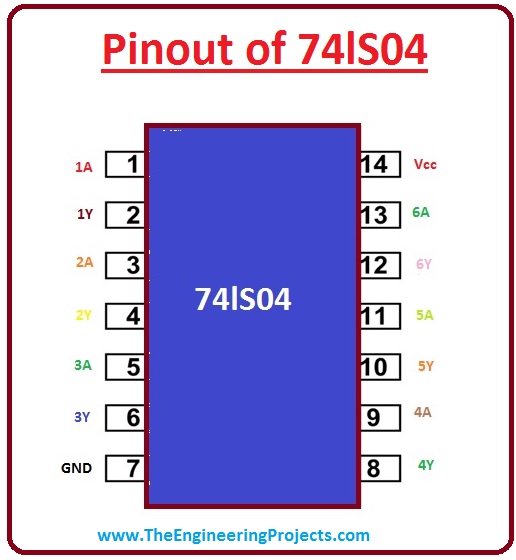 So it was all about 74ls04 I write this article in the simplest way for you. If you have any question about it as in comments. I will solve your problems. Thanks for readings take care till the next tutorial.