Hello Everyone! Happy to see you here. I welcome you on board. In this post today, I’ll be discussing the Introduction to BC558.

BC558 is a bipolar junction transistor used for amplification and switching purposes. It belongs to the PNP transistor family and is available in a TO-92 package. It contains collector current 100mA, indicating it can drive load under 100mA.

I’ve previously detailed the Introduction to BC640 & BC327.

I suggest you read this entire post as I will cover a complete introduction to BC558 explaining pinout, working, power ratings, physical dimensions, datasheet, and applications of BC558. 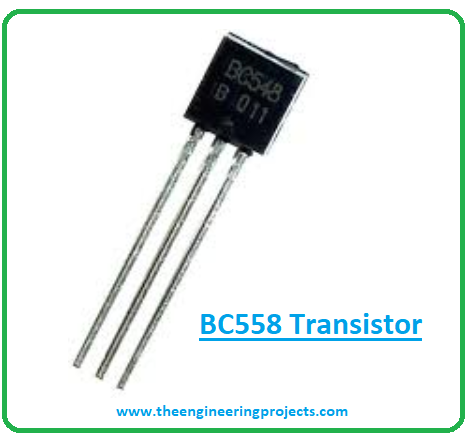 While working with the electronic component, it’s wise to look at the datasheet that helps you better understand the main characteristic of the component. Click below to download the datasheet of BC558.

The following figure shows the pinout of BC558. 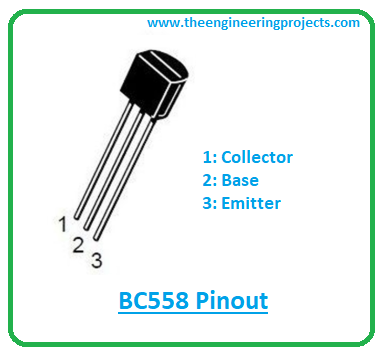 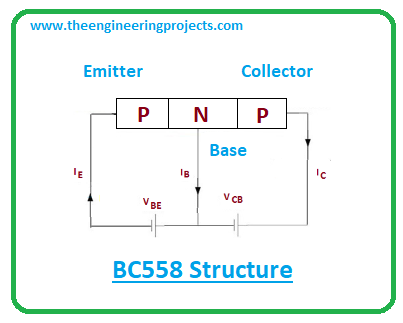 The following table represents the absolute maximum ratings of the BC558 transistors.

The following are a few alternatives to the BC558 transistor.

The following are some applications of BC558:

The following figure shows the physical dimensions of the BC558 transistor.

I hope you understand what is BC558 transistor and why it is used for. If you are unsure or have any question in your mind, you can leave your comment in the section below, I’ll help you out with the best of my knowledge. Feel free to keep us updated with your valuable suggestions and feedback, they prove handy and help us create quality work as per your requirements. Thank you for reading this article.