Hi Guys! Hope this finds you well. I welcome you on board. Thank you for clicking this read. In this post today, I’ll be explaining the Introduction to BC559.

BC559 is a bipolar junction transistor used to drive loads under 100mA. It falls under the family of PNP transistors and is mainly known as a current-controlled device. Where small current at one terminal is used to drive large current change at the remaining two terminals.

Read this post all the way through, as I’ll be touching pinout, working, datasheet, physical dimensions, power ratings, and applications of a BC559 transistor. 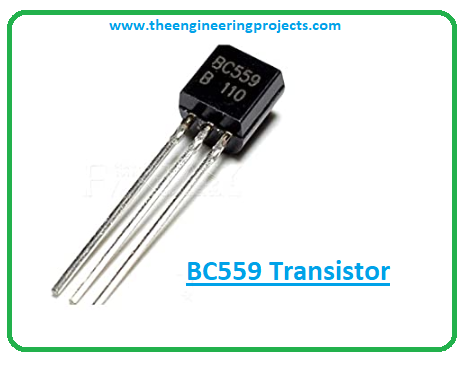 The datasheet gives you an overview of the main characteristics of the component. You can check the datasheet of this tiny component by clicking the link below.

BC559 is incorporated with three terminals named:

The following figure represents BC559 pinout. 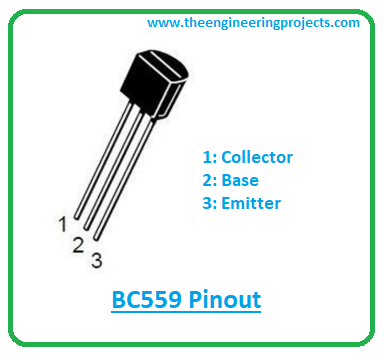 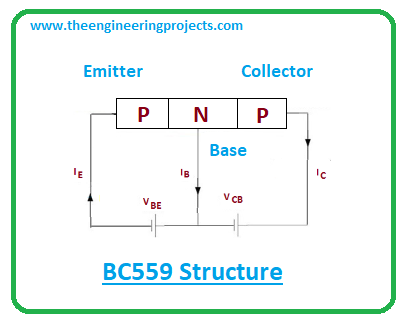 The table given below contains the absolute maximum ratings of the BC559.

Following transistors can be used as alternatives to BC559.

BC559 is used in the following applications.

BC559 comes in weight approx. 0.18g. The following figure represents the BC559 physical dimensions, helping you evaluate the space given for your project.

That was all about Introduction to BC559 transistor. I hope you find this article useful. If you are unsure or have any question, you can approach me in the section below, I’ll help you the best way I can. You are most welcome to pop your valuable feedback and suggestions in the comment section below, they help us produce quality content. Thank you for reading the post.