Hello Friends! Hope this finds you well. I welcome you on board. Thank you for clicking this read. In this post today, I’ll walk you through the Introduction to BD140.

BD140 is a medium power bipolar junction transistor that is mainly used for switching and amplification purpose. It belongs to the PNP transistor category and comes in the TO-126 package. It is made up of silicon material with collector current 1.5A which indicates it can support loads under 1.5A. The collector-base and collector-emitter terminal voltages are 80V and emitter-base voltage is 5V which is used to bias the transistor.

The following figure shows the pinout of the BD140 transistor.

The following figure shows the absolute maximum ratings of BD140.

BD140 is used in the following applications. 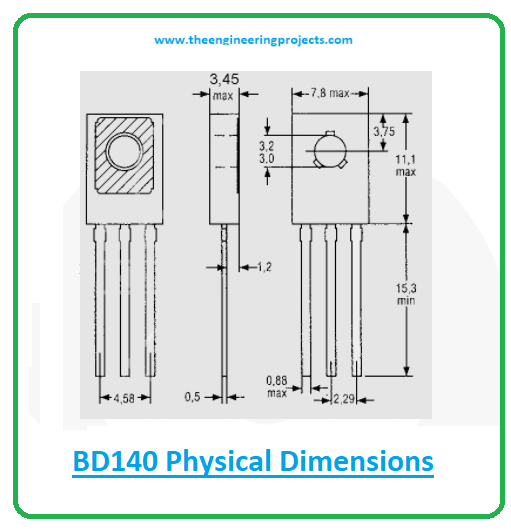 That’s all for today. I hope you enjoyed the article. If you have any question, you can reach me in the comment section below, I’d love to help you according to the best of my knowledge. You are most welcome to pop your feedback and suggestions regarding the content I’m sharing, they will help us craft content based on your needs and requirements. Thanks for reading the article.