Hello Friends! Happy to see you around. I welcome you on board. In this post today, I’ll walk you through the Introduction to 1n4742.

Read this post till the end as I’ll be discussing the datasheet, pinout, features, and applications of 1n4742. 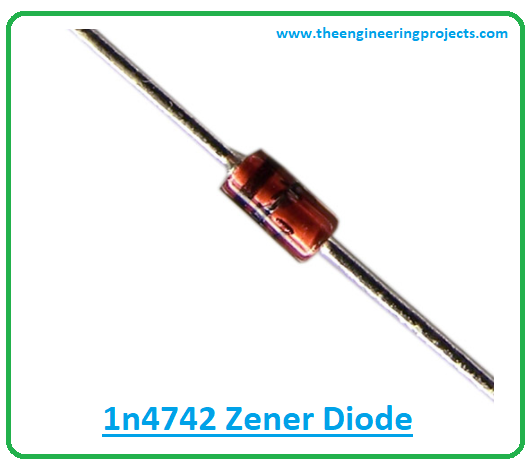 While working with any component, it’s always wise to go through the datasheet of the component that details the main characteristics of the device. If you want to download the datasheet of 1n4742, click the link below.

The following figure shows the pinout diagram of 1n4742. 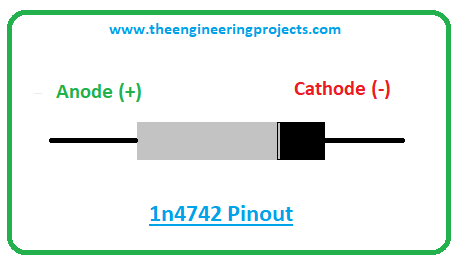 The following are the features of 1n4742 Zener Diode.

That was all about the Introduction to 1n4742. If you have any query, you can pop your comment in the section below, I’d love to help you the best way I can. You’re most welcome to share your valuable feedback and suggestions, they help us produce quality content customized to your exact needs and requirements. Thank you for reading the article.