Hi Guys! Hope you are doing well. Welcome you onboard. Today, I’ll unlock the detailed Introduction to 2sa1265 which is a PNP transistor mainly used for power amplifier applications and proves to be an ideal choice for 70W high fidelity audio frequency amplifier output stage applications.

In this post, I’ll try to cover some basic details related to 2sa1265, its main features, pinout, working, and applications. Let’s jump right in.

2sa1265 is a PNP transistor mainly used for power amplifier applications. It is composed of three layers: two P doped layers and one N-doped layer which is sandwiched between the other two layers. 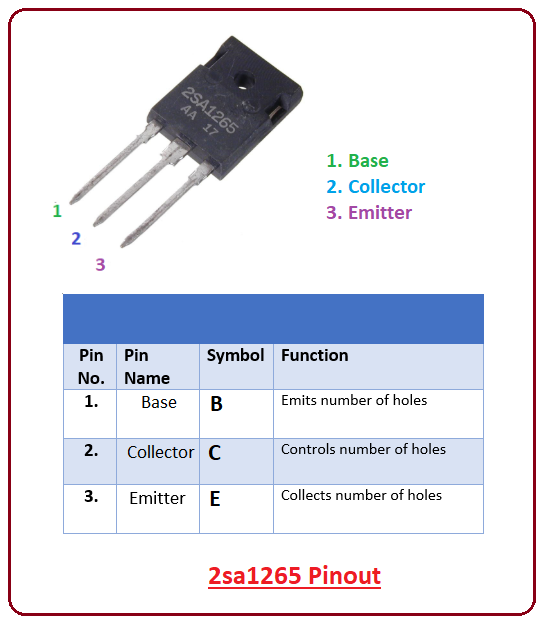 That’s all for now. I hope I have given you everything you needed to know about 2sa1265. If you are unsure or have any question, you can ask me in the comment section below. I’d love to help you according to the best of my knowledge. Thanks for reading the article.