Hi Friends! Hope you are doing well. I always feel pleasure to keep you updated with information related to engineering and technology. Today, I’ll unlock the detailed Introduction to LED. The LED stands for Light-emitting diode. LED is a PN-junction diode mainly used as the source of light.

The LED has a leg over common orthodox incandescent light in terms of efficiency, low consumption power, compact size, longer range and an ability to retain the quality for a longer period of time. It comes with a wide variety of applications ranging from automotive headlamps, camera flashes, aviation lighting, traffic signal, and medical devices.

In this post, I’ll try to cover each and everything related to LED, so you don’t need to wrestle your mind browsing the whole internet and find all the information in one place. Let’s dive in and get down to the detail of this little semiconductor component.

LED is a PN-junction diode that is mainly used as a replacement for incandescent lights. It is based on the electroluminescence effect – A process where a diode converts electric current to light when electrons change their state inside the LED semiconductors.

The PN-junction is nothing but a combination of both N-type and P-type semiconductor materials. The material forming the junction diode is not identical to other mainstream didoes, as it comes with a transparent package, allowing the infrared and visible light to pass through the junction.

LED will be working under one condition: the anode terminal should be put at a higher potential than the cathode terminal as current flows from anode to cathode (positive to negative). LED won’t conduct if the respective terminals are connected in reverse order.

There is a threshold set for the current every LED can withstand, increasing it from the rated value will burn the LED. 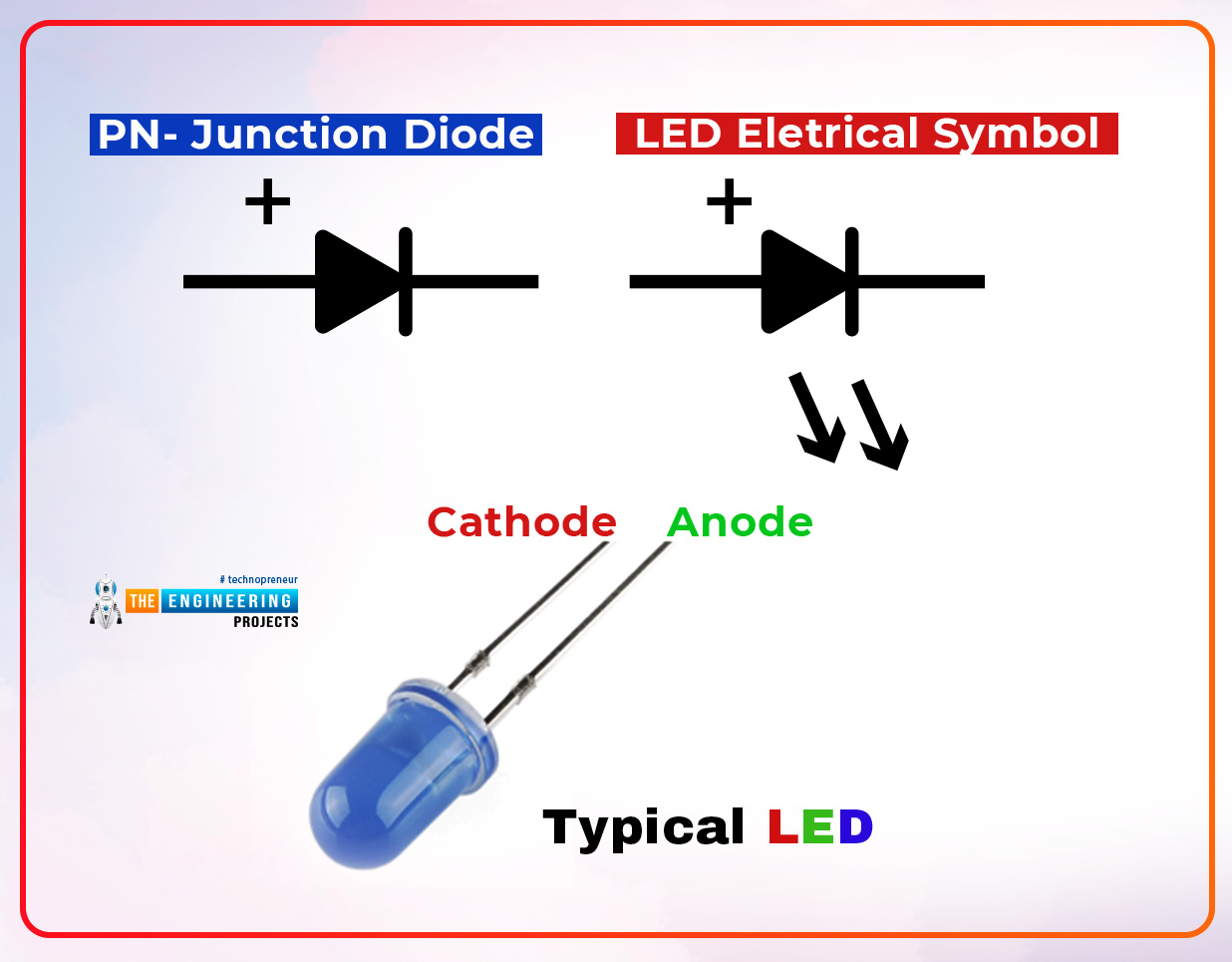 In the start, LEDs came with Infrared low-intensity light that grooved their way in the remote control applications, mainly targeting consumer electronics. In that time, the Red light was mainly used in the LED, however, in 2002 the experts succeeded in adding the White light to the LED semiconductor.

The efficiency by which the LED converts electricity into the light is remarkable which makes it an ideal choice in the computer chip technology, adding an extra layer of both efficiency and robustness.

Note: The LED is not symmetrical in nature, allowing current to flow in one direction only.

LED is mainly comprised of four parts known as die, substrate, phosphor, and lens. The die is a semiconductor material containing gallium nitride (GaN) that emits blue light when the electric current passes through it. In order to provide easy integration of LED, one or two dies are used in combination with the substrate, generating enough power to light up the LED. 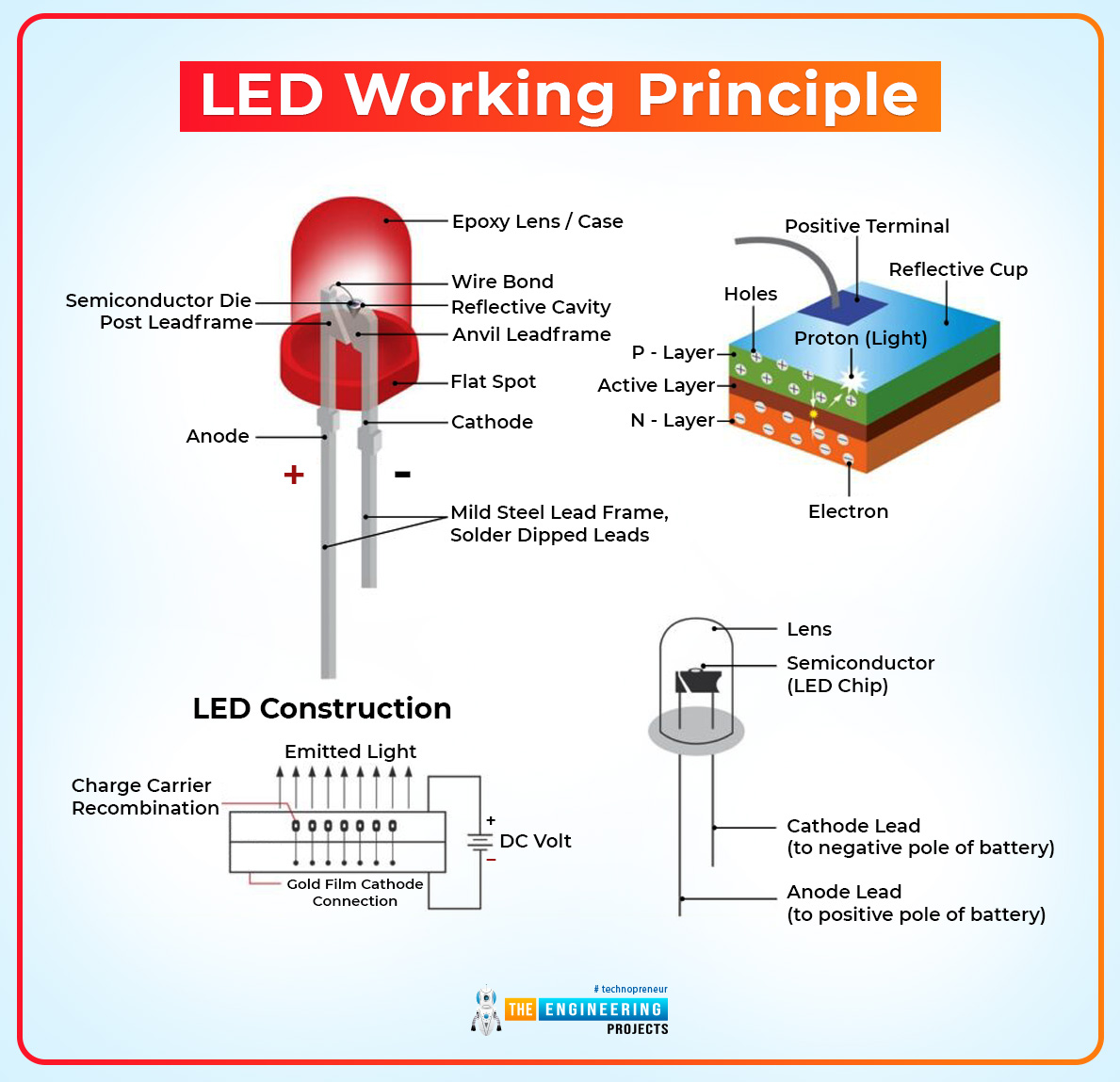 The blue light, emitting from the die, will generate white light once it hits phosphor particles. 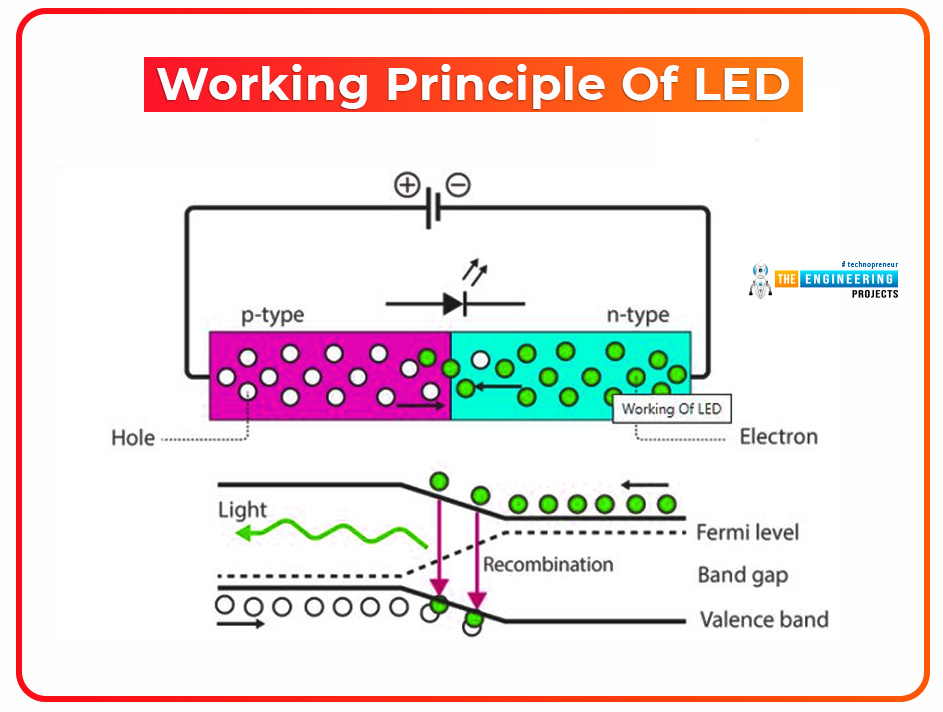 The LED, more often than not, generates monochromatic light ranging from red to blue and violet. 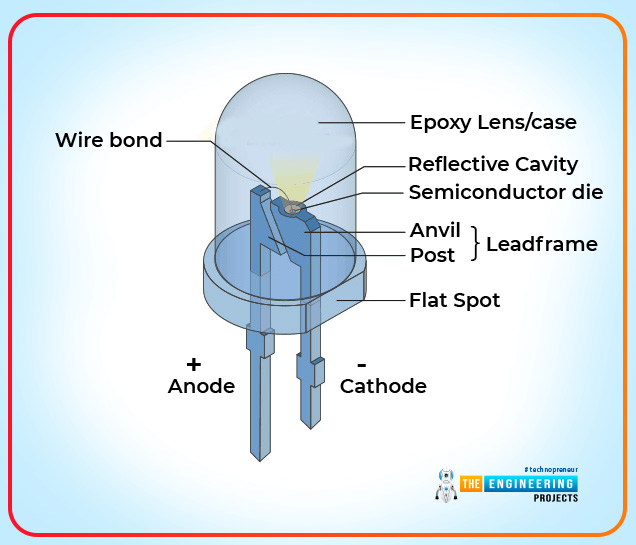 The LED never fails to satisfy the power consumption needs of a regular user, however, the use of this tiny component in a high temperature and pressure environment can make it highly vulnerable. Taking this point into consideration, some LEDs incorporate a heat sink on their interface, which prevents them from overheating and makes them an appropriate pick in conditions where high temperature is a major concern.

LEDs are available in a variety of types. Some are preferred over others based on the nature of their applications. Following are some main types of LEDs.

LEDs are known as High Power LEDs if their power rating is greater than or equal to 1 Watt. They are mainly used for generating the maximum brightness. The input power required for these LEDs is very high, making them prone to heat dissipation.

Heat sinks are required to keep these LEDs cool and impede them from burning. Flashlights, spotlights, and automobile headlamps are some major applications of High Power LEDs. 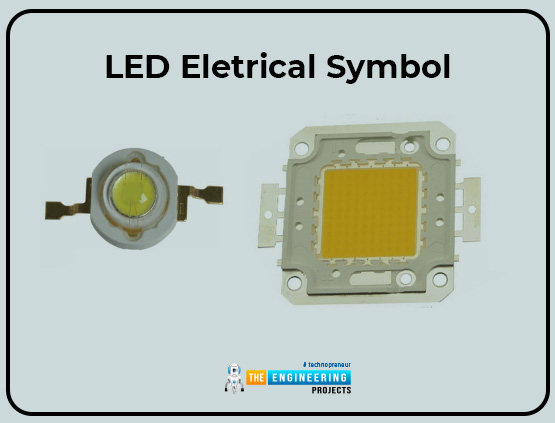 It is widely used in many computer applications and comes with the ability to generate three lights, as the name suggests, red, blue and green. The color of these lights is controlled by using PWM (pulse width modulation). Both the duty cycle of PWM and the frequency used for generating the signal per second, prove to be handy for controlling all three colors. 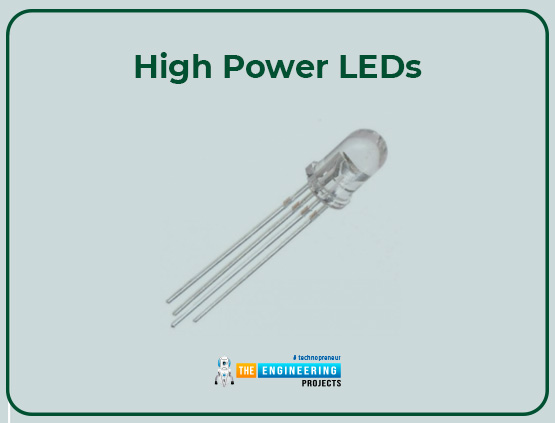 SMD LED stands for Surface Mount Device LED. It comes in a special package with the ability to be mounted on the PCB surface. It can be easily categorized based on the physical dimensions. It works both ways: separately or in combination with a compatible device. 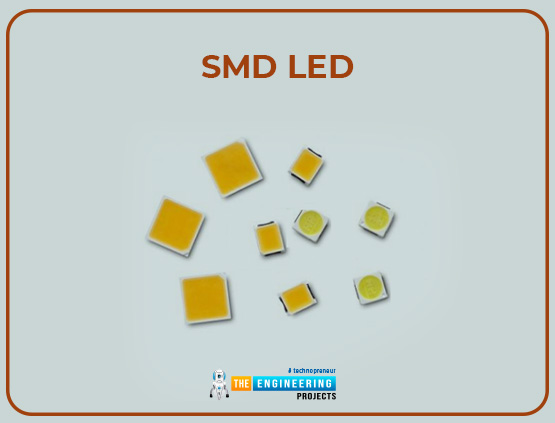 Thru-hole LED comes with two terminals leads that are embedded into the holes of the printed circuit board. They are available in a variety of different packages and shapes. Most common colors they come with are white, red, blue and green. 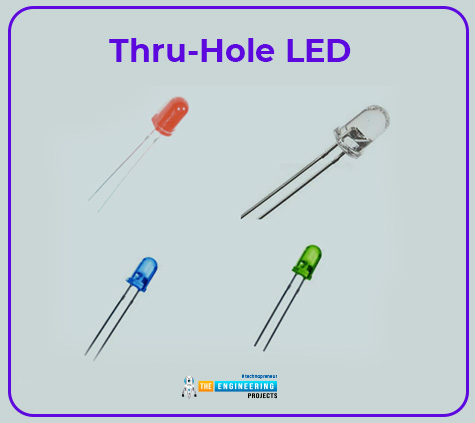 It is arguably correct, LED consumes 75% less power than normal incandescent without failing to produce the brightness with equal intensity.

Yes, buying it may make your budget bleed in the start as it features more costly as compared to regular halogen light, but it proves to be economical in the long run due to its high quality, longer life span and less power consumption.

The compact size of the LED makes it stand to fit in hard-to-reach places including ceiling lighting, cove lighting, tray, and cabinet lighting.

Some of the digital clocks are developed using the LED interface. And the 7-segment LED display is a widely used student project that incorporates the array of LEDs in an organized manner.

That’s all for today. I have given you everything you needed to know about LED. If you are unsure or have any questions, you can ask me in the comment section below. I’d love to help you the best way I can. You are most welcome to share your valuable feedback and suggestion, they help us provide you with quality work as per your needs and requirements so you keep coming back for what we have to offer. Thanks for reading the article.