Hello friends, I hope you all are doing great. In today’s tutorial, we will have a look at What is Diode Clipper and how to use it in rectification circuits. In different circuits especially in rectifiers, the clipper is used to maintain the predefined voltage level. These circuits do not interrupt the original signal but only control the variation in the predefined value of the signal. These circuits eliminate the variation in the original waveform at positive half and negative half.

These circuits are created by the combination of the linear components such as resistance and non-linear components like transistors and diodes. These clipping circuits are also known as the slicers. In today’s post, we will also have a look at such circuits that are consists of diodes, their uses and working. So let’s get started with What is Diode Clipper.

What is Diode Clipper 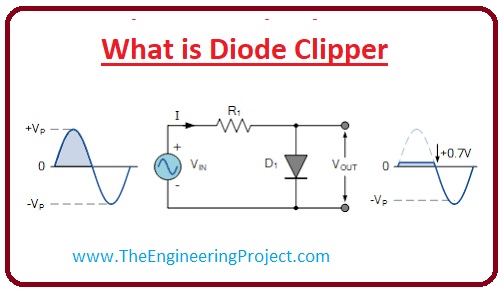 Applications of the Diode Clippers

It is the detailed article about diode clipper if you have any question ask in comments. Thanks for reading. Take care until the next tutorial..