Hey Everyone! We welcome you on board. We feel happy when you keep visiting us for useful information pertaining to your needs and expectations. Today, I am going to discuss the details on the Introduction to BC107. It is a low power NPN bipolar junction transistor which is mainly used for general purpose switching and amplification purpose. I’ll discuss each and everything related to this transistor so you can get clear idea what is this about and what are its main applications? Let’s dive in and explore its properties one by one.

Bc107 is an important device used for switching and amplification purpose. It consists of three terminals. 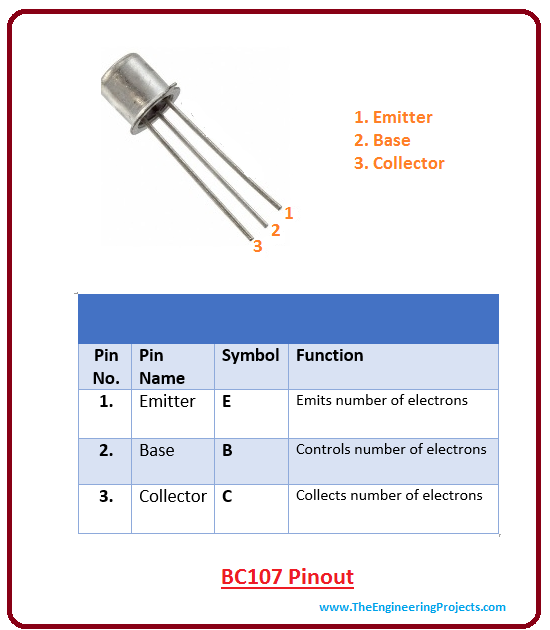 Electron reaction gets started when a voltage is applied at the base terminal.

Circuit Diagram of BC107

Following figure shows the circuit diagram of bc107. 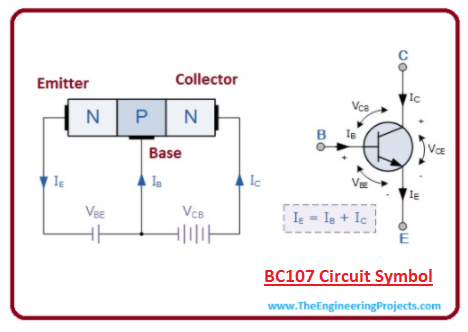 Absolute maximum rating of bc107 are shown in the figure below. 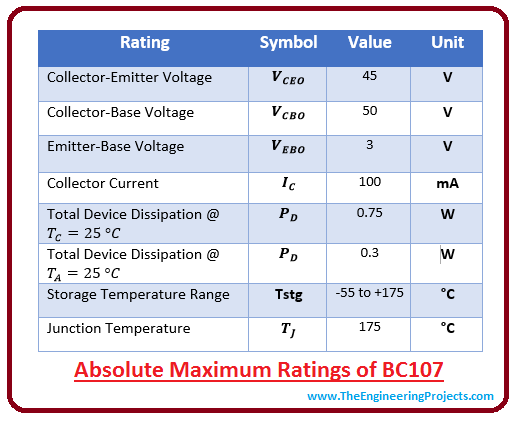 I always try to give you information in sorted form step by step so it is easy for you to grab the main concept. If you have any question you can ask me in the comment section below. I’d love to help you according to best of my expertise. Thanks very much for reading the article. Stay Tuned!