Hello friends, I hope you all are doing great. In today’s tutorial, we are gonna have a look at detailed Introduction to TIP121. The TIP121 is an NPN Darlington pair transistor. It exists in a TO−220 casing and creates for normal amplification and less moving speed switching submissions. Like other transistors, it has three pinouts emitter, base, and collector. The central part this transistor which is known as the base is thinner in size and other two emitters and collector has larger areas.

Transistors are playing an important rule in our electronic circuits and industries. Every electronic device like mobile, radio, LCD, etc all these have different types of transistors. Like other transistors, TIP121 is performing an important rule in electronic industries. In today’s post, we will have a look at its fortification, wreckage, deviation, privileges, etc. I will also share some links where I have related it with other microcontrollers. You can also get more material about it in comments, I will guide you more about it. So, let’s get started with a basic Introduction to TIP121.

Now we discuss the pinout of TIP121. 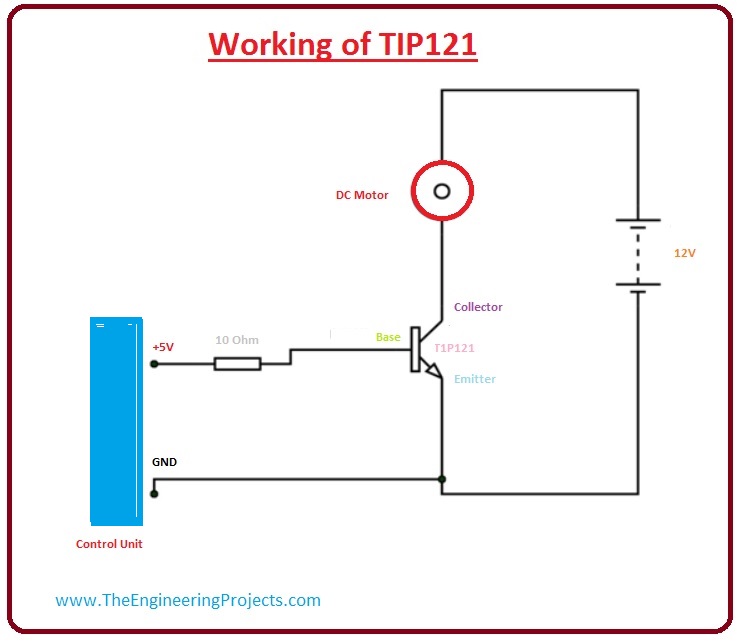 So it was all about TIP121 if you have any question about it ask in comments. Thanks for reading. Take care until the next tutorial.