You are here:
Raspberry Pi 3

I suggest you buckle up as I’ll explain Raspberry Pi Pico in detail.

What is Raspberry Pi Pico? 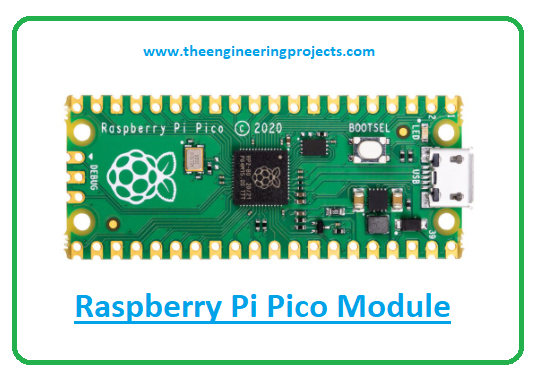 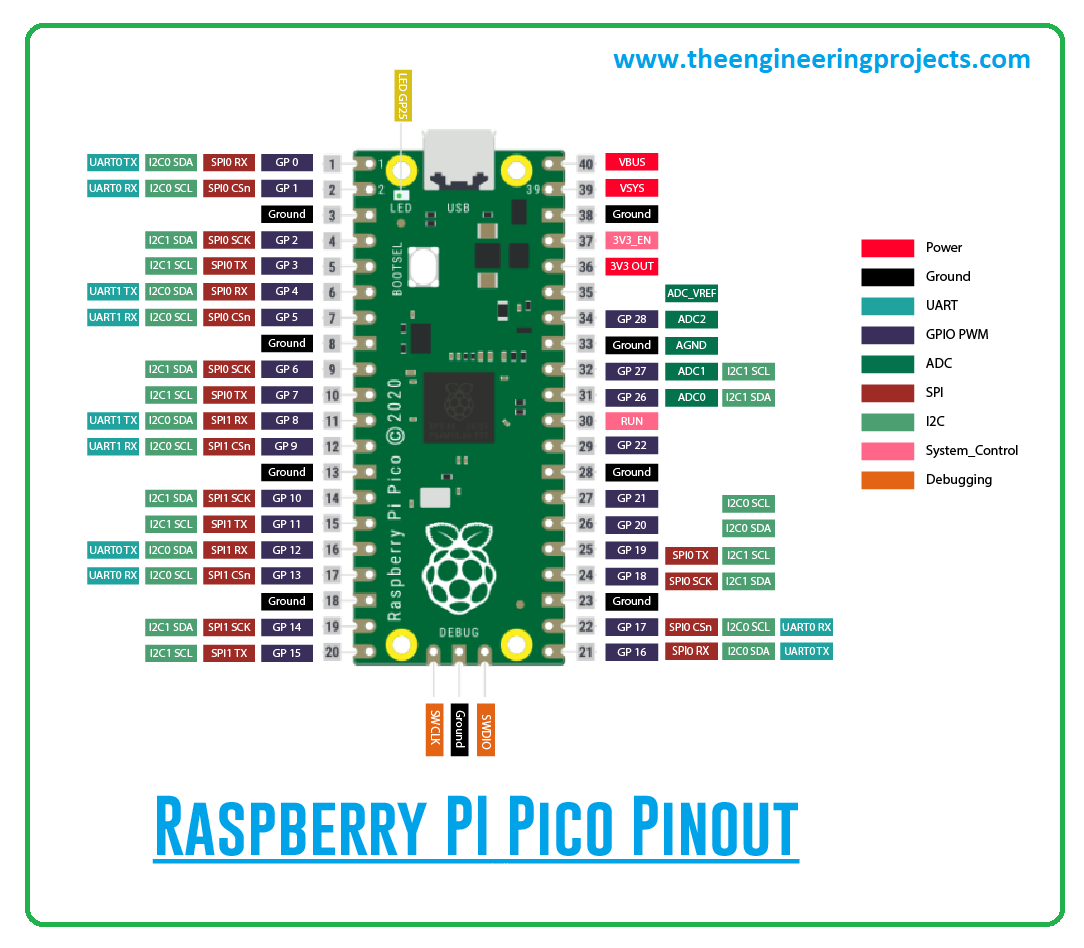 Hope you’ve got a brief intro to the Raspberry Pi Pico. This section is reserved for the description of each pin incorporated into this single-board computer.

Power and Ground in RPi Pico

This board comes with four types of power pins.

There are 26 multifunction GPIO pins employed for connection with external devices. These pins are used either as general-purpose input or general-purpose output pins. Moreover, there are 3 analog inputs among these GPIO pins.

There are two SPI (serial peripheral interface) communication protocols are included in this Raspberry Pi Pico module. This protocol is used to develop the communication between the controller and other peripheral devices like shift registers and sensors. 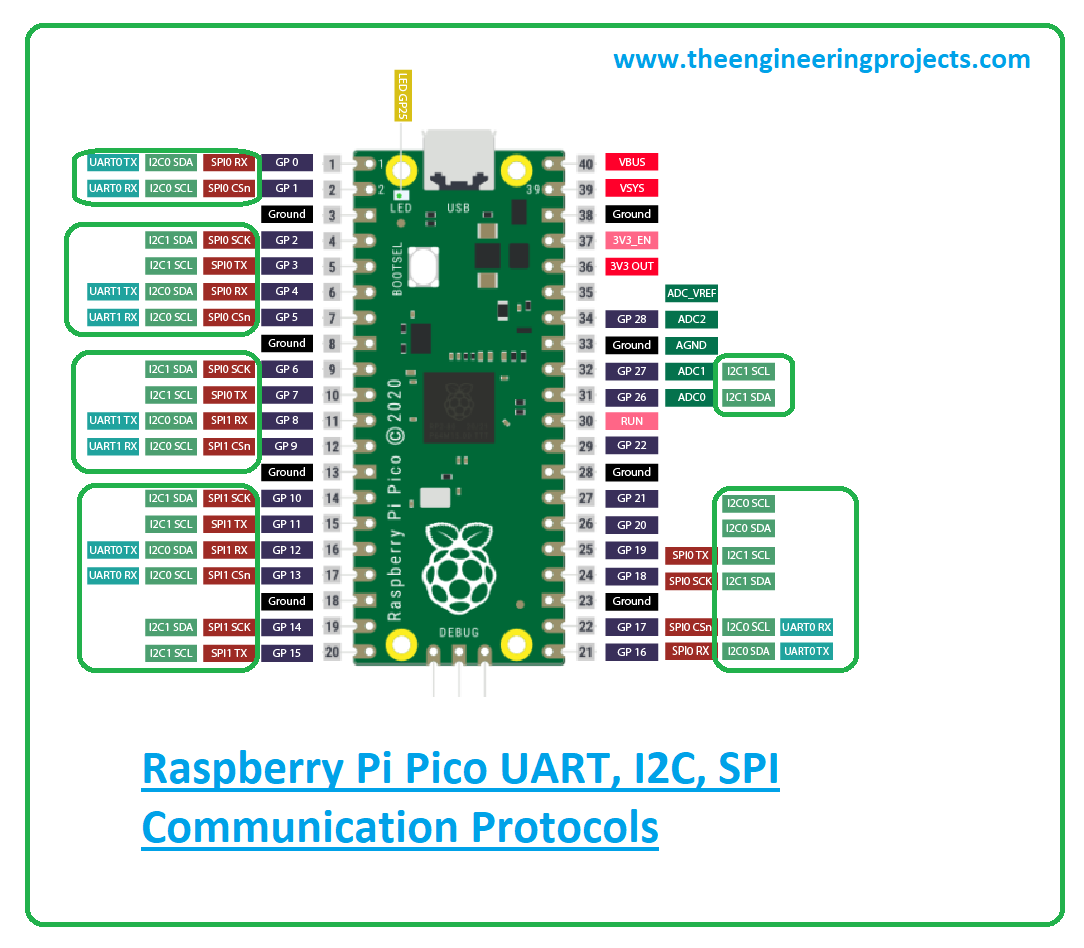 The following are the Raspberry Pi Pico specs.

The following are the Raspberry Pi Pico Applications.

That’s all for today. Hope you’ve enjoyed reading this article. If you have any questions you can pop your comment in the section below. I’m happy and willing to help you the best way I can. Feel free to share your valuable feedback and suggestions around the content we. They help us produce quality content customized to your exact needs and requirements. Thank you for reading this article.