Hey Everyone! I hope you are doing great and having fun with your lives. I am back to give you a daily dose of information so you can grow and progress in your relevant field. Today, I am going to uncover the details on the Introduction to 2n4401. It is an NPN (negative-positive-negative) bipolar junction transistor (BJT) which is used for general purpose amplification and switching purpose. It consists of P doped semiconductor that exists between the two layers of N doped material.

I’ll give you a brief detail about this transistor so you don’t have to go anywhere for finding the information regarding this transistor. You can also check the Introduction to 2n4402 which is a complementary PNP transistor of this NPN transistor. Let’s get started.

2n4401 is an NPN transistor which mainly consists of three terminals. 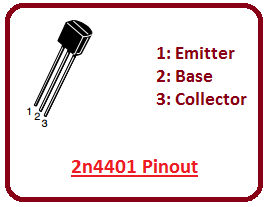 Circuit diagram of 2n4401 is shown in the figure below. 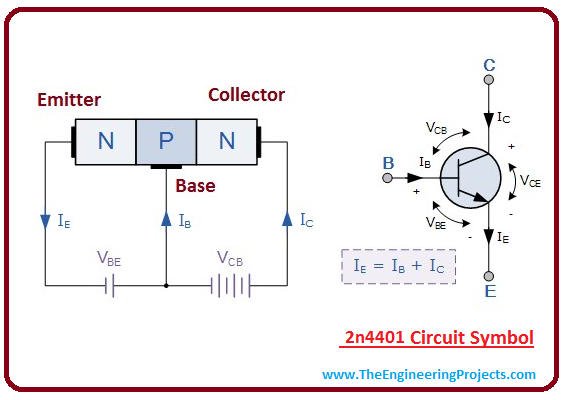 Absolute maximum ratings of 2n4401 is shown in the figure below. 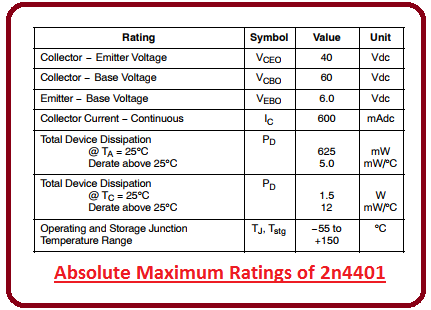 That’s all for today. I hope you have enjoyed the article. I always try to give you information based on recent topics so you keep coming back for what we have to offer. If you feel skeptical or have any question, you can ask me in the comment section below. I’ll try my best to help you in this regard according to best of my expertise. Stay tuned!