Hey Fellas! I hope you are doing great and having fun. We love when you keep coming back again and again for what we have to offer that resonates with your needs and requirements. I am back to give you a daily dose of useful information so you can excel and grow in your relevant field without much effort. Today, I am going to unlock the details on the Introduction to 2n4400. It is an NPN (negative-positive-negative) bipolar transistor which is mainly designed for general purpose amplification and switching applications. I’ll cover each and everything related to this transistor, so you get all information in one place without roaming around on the internet. Let’s get started.

Pinout of the 2n4400 is shown in the figure below.

Following figure shows the circuit diagram of the 2n4400. 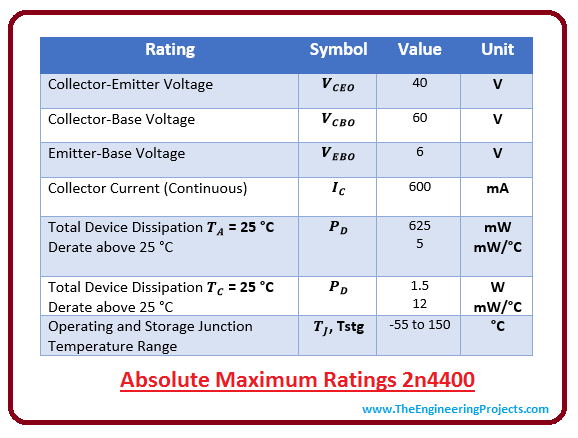 That’s all for today. I have tried my best to cover each and everything related to this amplification transistor. However, if still you feel skeptical or have any question you can ask me in the comment section below. I’d love to help you based on my best of my knowledge and expertise.

Feel free to provide us your valuable feedback and suggestions, they allow us to give you quality work that matches with your relevant field and helps you resolve your queries. Thanks for reading the article. Stay Tuned!