Hi Fellas! I hope you all are doing great and having fun with your lives. We always strive to give you quality work that resonates with your needs and allows you to come back again and again. I am back to give you a daily dose of useful information so you can excel and grow in your relevant field. Today, I am going to discuss the details on the Introduction to 2n5551. It is an NPN (negative-positive-negative) bipolar junction transistor BJT which is mainly designed for gas discharge display drivers and general purpose amplification. I’ll try to cover each and every aspect related to this transistor so you don’t need to go anywhere and you find all information in one place. You can also have a look at Introduction to 2n5401 which is a complementary PNP transistor of this NPN 2n5551 transistor.

Let’s dive in and explore what is it about and what are its main applications? 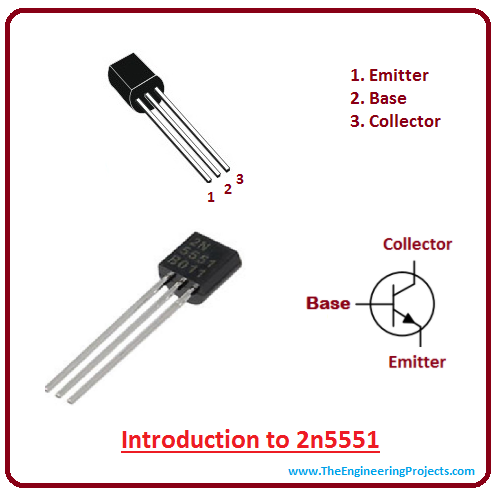 2n5551 is an NPN transistor, also known as a current controlled device which contains three terminals as follow.

The circuit diagram of 2n5551 is shown in the figure below. 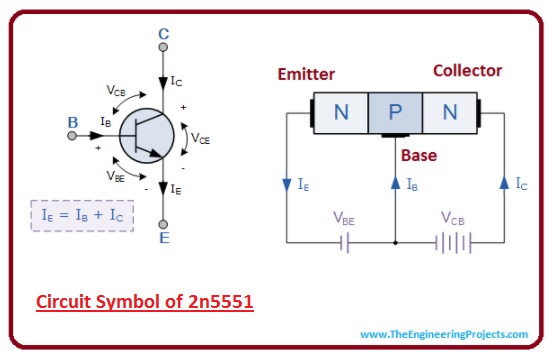 That’s all for today. I hope you have found this article useful. However, if you have any question you can ask me in the comment section below. I’d love to guide you according to best of my expertise. We really appreciate if you keep us updated with your feedback and suggestions, they allow us to give you quality work. Thanks very much for reading the article. Stay Tuned!