Hi Friends! Hope you are doing great. I am back to give you a daily dose of valuable information so you can excel and grow in your relevant field. Transistors are the fundamental parts of most of the electronic circuits. Today, I am going to unlock the details on the Introduction to 2n3903. It is an NPN transistor main used for general purpose amplification and switching applications.

I’ll reveal each and everything related to this transistor, so you don’t get overwhelmed by all data across the web and find all information in one place.

Before we move on to the details of this NPN transistor, you must be clear what is transistor? The transistor is an electronic component that comes with three terminals that are used for external connection with the electronic circuits. The voltage applied to one pair of its terminals is used to control the current at the other pair of terminals.

Let’s dive in and explore what is this about, its pinout, circuit diagram, applications and everything you need to know.

Following figure shows the pinout of this NPN transistor which is composed of three terminals. 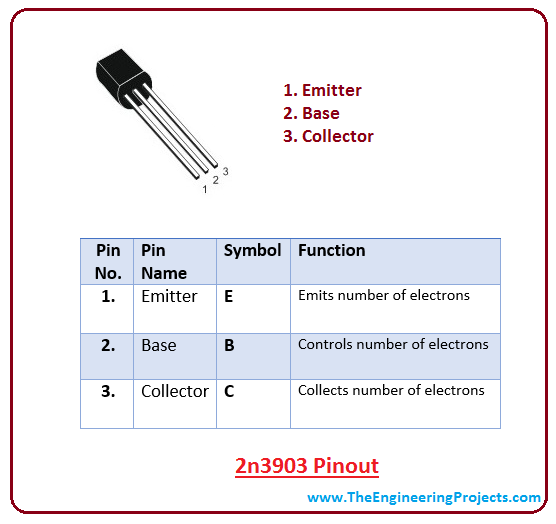 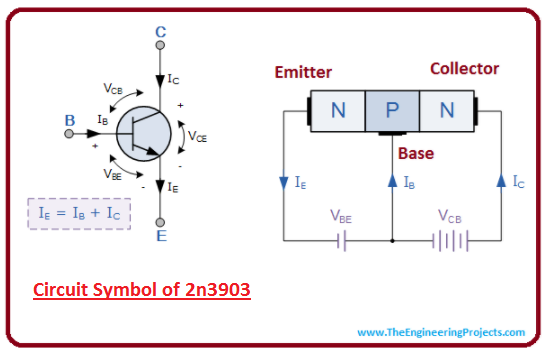 You must have look at following articles that are bipolar junctions transistors used for amplification, switching or other electronic applications.

That’s all for today. I hope you have found this article useful. However, if you are unsure or have any question relating to this transistor, you can approach me in the comment section below. I’d love to help you according to best of my expertise and knowledge. Thanks for reading the article.