Hello everyone! I hope you all will be absolutely fine and having fun. Today, I am going to share my knowledge with all of guys about Introduction to IRF540. It is basically an N-Channel power Metal Oxide Silicon Field Effect Transistor (MOSFET) and operates in enhancement mode.

MOSFET is a lot sensitive in comparison to an FET (Field Effect Transistor) due to its very high input impdence. IRF540 can perform very fast switching as compared to the normal transistor. It is based on HEXFET technology and operates on the temperature ranging from -55 degrees celsius  to 175  degree celsius. If we need some switching application between different signals or to perform any of amplification process, MOSFET IRF540 will be the best option in this case because it can perform very fast switching as compared to the similar general transistors. It has a very wide range of applications in real life e.g. high power switching drivers for high speed, switching regulators, relay drivers, switching converters, motor drivers.

IRF540 is an N-Channel powered MOSFET used for very fast switching operations as well as for amplification processes. It operates in enhancement mode. Its input impedance is quite high as compared to the general transistor so, its a lot sensitive in comparison to them. It has a lot of applications in daily life for example, switching regulators, relay drivers, switching converters, motor drivers, high speed power switching drivers etc. You should also have a look at other MOSFETs and can compare their values with IRF540. 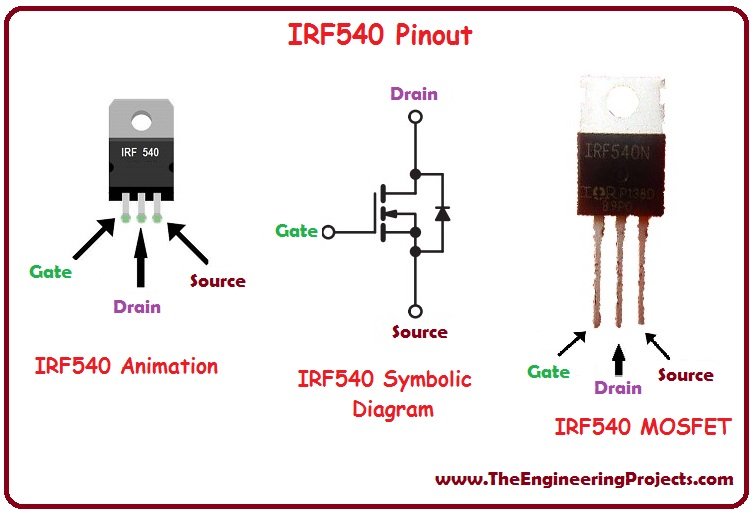 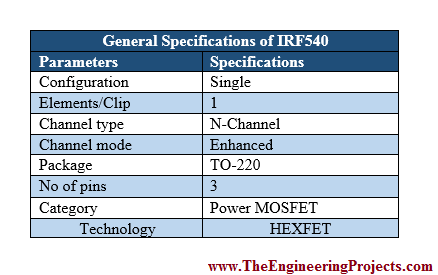 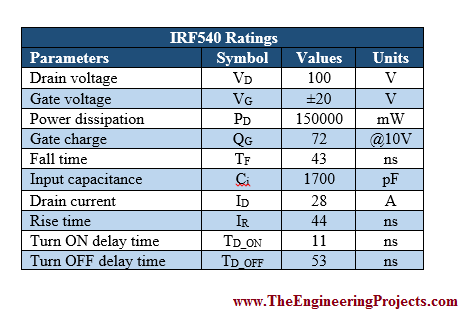 This section of the tutorial will elaborate about the basic working principle on which IRF540 works. IRF540 works on a pretty simple principle. Its has three kinds of terminals e.g. Drain, Gate and Source. When we apply any of the pulse at its Gate terminal, its Gate and Drain gets short i.e. they make a common connection with each other. When the Gate and the Drain gets short, only then we will be able to obtain the desired results otherwise it will produce unnecessary or unwanted results. 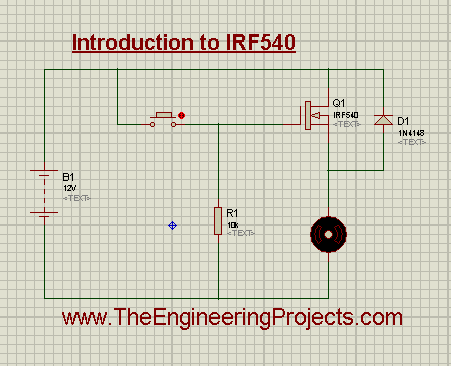 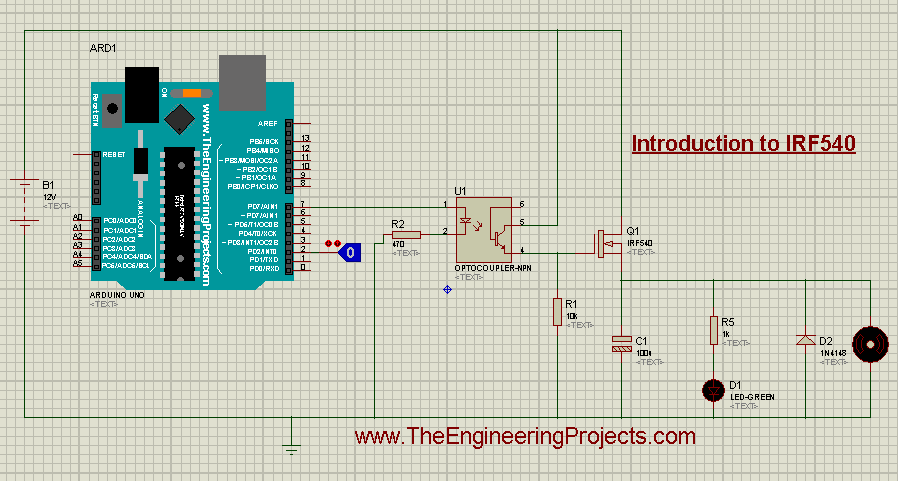 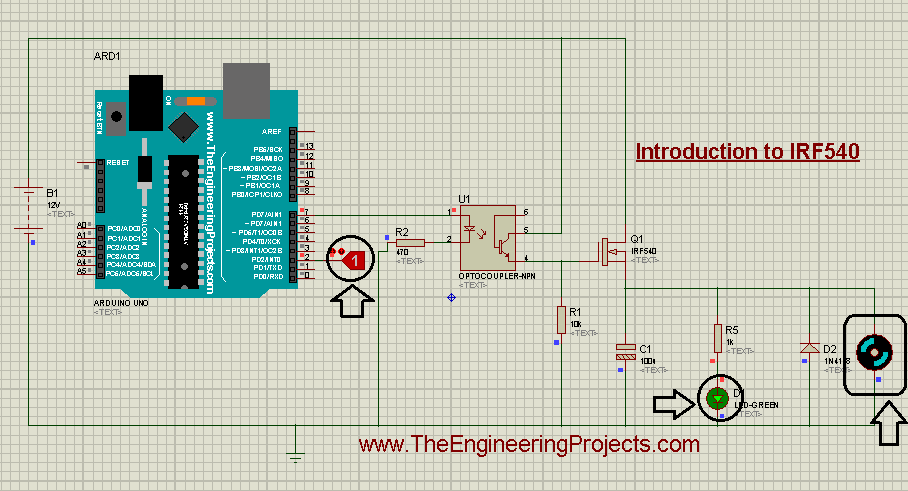 That is all from the tutorial Introduction to IRF540. I hope you all have enjoyed this exciting tutorial. If you face any kind of problem, you can ask me in comments anytime you want without even feeling any sort of hesitation. Our team is 24/7 here to entertain you and to solve all to solve all of your problem to best of our efforts. I will explore different IC’s and transistors in my upcoming tutorials and will surely share all of them with all of you as well. So, till then, take care 🙂