Hi Guys! We welcome you on board. Electronic components play an important role in the designing and working of electronic projects. I have already discussed a number of articles on electronic components covering transistors, MOSFET, and FETs. I am going to continue the thread relating to transistors, because they are the building blocks for amplification and switching purpose. Today, I am going to cover the details on the Introduction to BC182L. It is an NPN (negative-positive-negative) general purpose bipolar transistor which is mainly used for switching and amplification purpose for the low demanding workloads. I’ll try to highlight the main features of this component, so you can grab the main concept, what is this about and what are its main applications? Let’s get started. 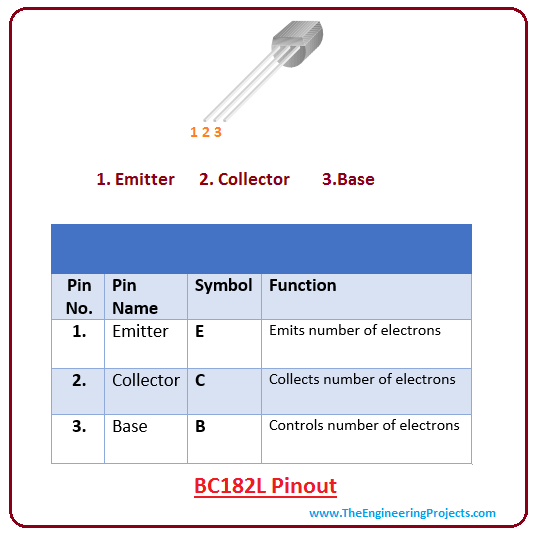 Following figure shows the circuit diagram of the BC182L. 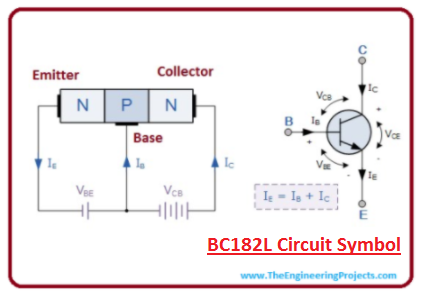 Following figure shows the absolute maximum ratings of this component. 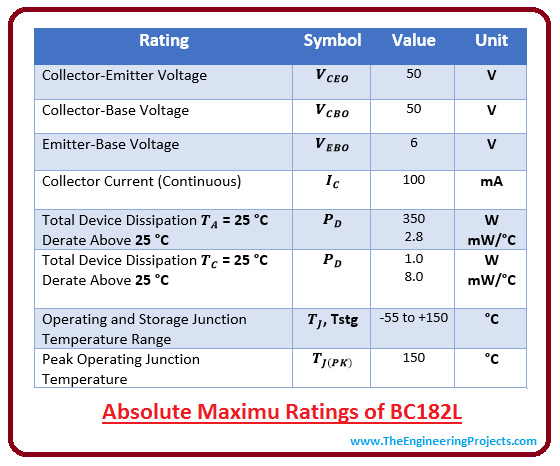 That’s all for today. I have tried my best to explain each and everything regarding this BC182L transistor. However, if you still find any difficulty in understanding the concept of this transistor, you can ask me in the comment section below. I’d love to help you in this regard. Thanks for reading the article. Stay tuned!