Hello friends , I hope you all are fine and enjoying good health. In today’s tutorial, I am going to design an LED Blinking Project using PIC16F877a. In the previous chapters, we have seen all the basics of PIC Microcontroller and now we are ready to design our first project on PIC Microcontroller.

Its a very simple project so the programming level is very basic. We will just add some LEDs on all pins of PortB of PIC16F877a and then we will program it in such a way that these LEDs will blink in different pattern, we can also change the speed of blinking by adding a delay.

I will explain the whole code but if you got any problem may ask in comments.I will recommend you guys to do this project, I know a beginner can’t make this project work in first attempt but when you do it, you will make mistakes and will learn a lot. So let’s start the LED Blinking Project using PIC16F877a: 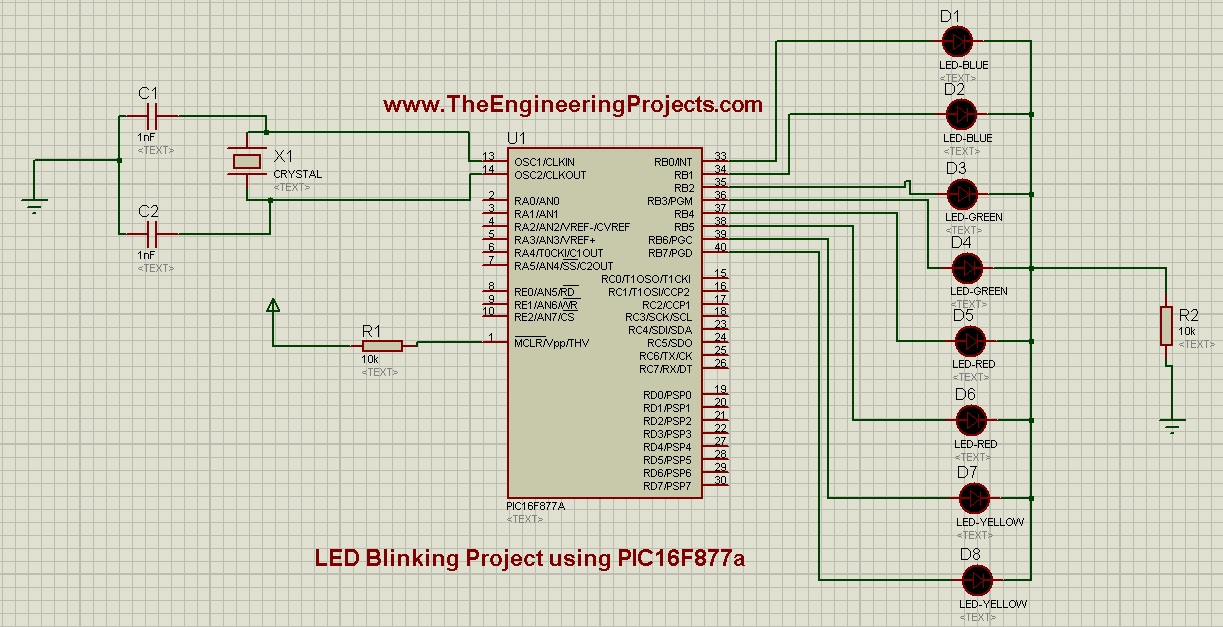 These components are used while designing this simulation: 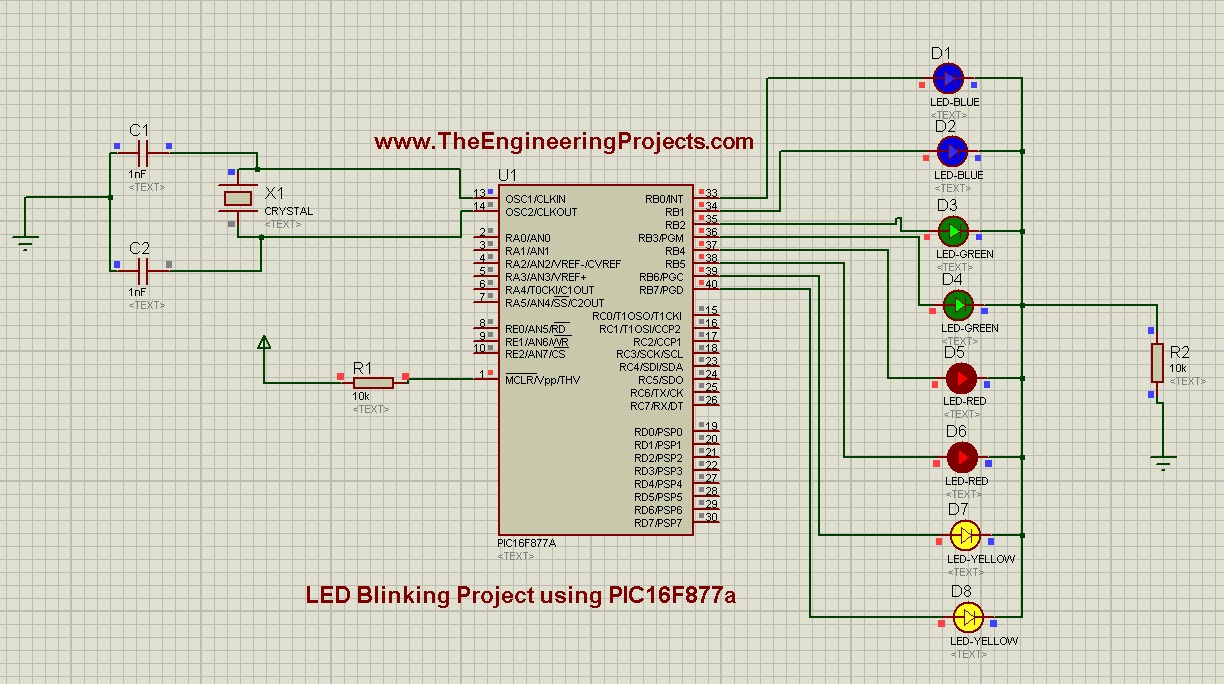 I have tried my best to explain it in full detail but if still you got any problem or anything left then ask in comments and I will explain it to you. So, that was all about LED Blinking Project using PIC16F877a.