How to use Data Types in Python

Hello friends, I hope you all are doing great. In today’s tutorial, I am going to show you How to use Data types in Python. It’s our 2nd tutorial in Python series. In our first tutorial, we have seen a detailed introduction to python and we have also installed PyCharm IDE to work on python.

Today, we will understand data types in detail as in order to design an efficient program, you need to select correct data types. Incorrect selection may cause memory loss and may slow your application. So, let’s get started with data types in Python:

Now let’s have a look at these data types one by one:

So, we have discussed all these data types in python and if you are not understanding any of them yet then no need to worry as we are going to use them a lot in our coming projects, so you will get them. Before moving to next lecture, let’s discuss variables in python a little:

Here I have set some examples of Variables and their types.

You may assign a single value to multiple variables at the same time. 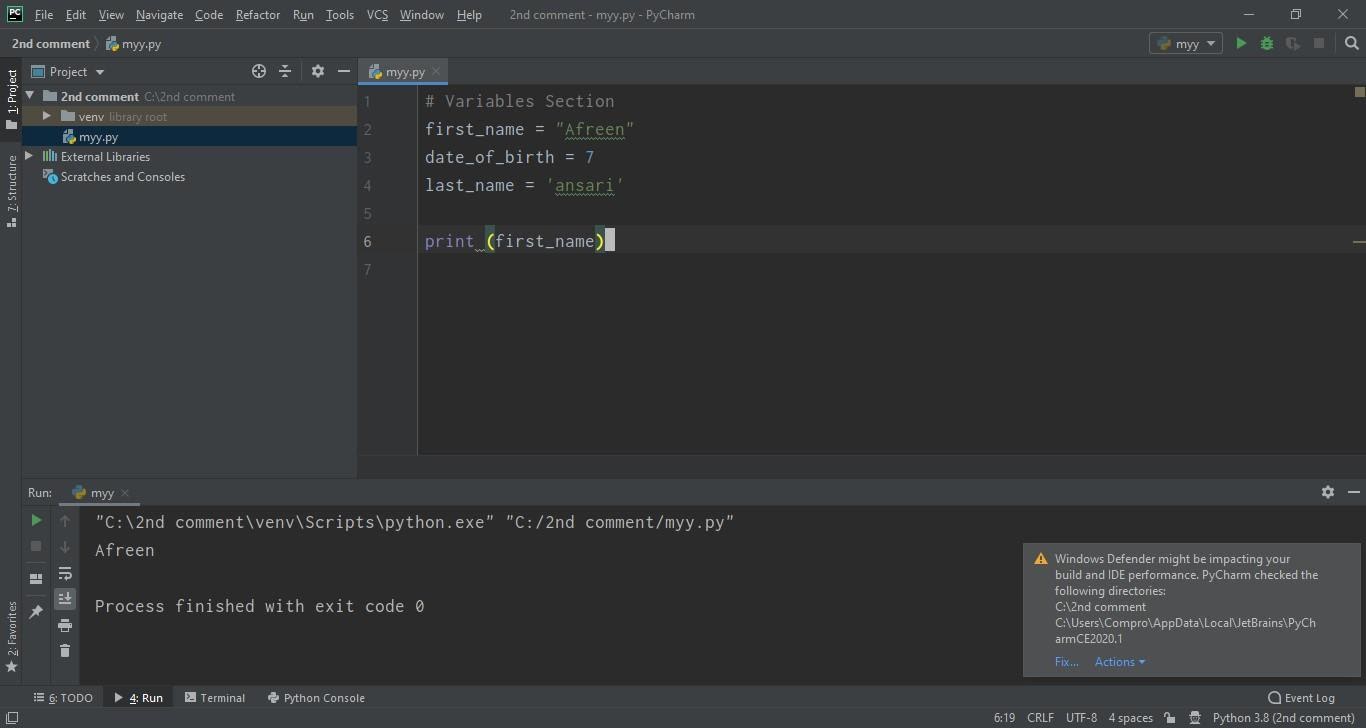 So, that was all about Python Data Types & variables. I hope you have enjoyed today’s lecture. In our next lecture, we will have a look at Strings in Python. Till then take care & have fun !!! 🙂