Hello friends, I hope you all are doing great. In today’s tutorial, we are gonna have a look at detailed Introduction to Classes in C#. It’s my 13th tutorial in C# series and now we are ready to understand this slightly complex subject in C#.

In our previous tutorial, we have seen Introduction to Methods in C# which are used for organizing the code and we can add some code in separate methods to make the Main method simple. Classes are slightly bigger storage capacities than methods. Methods can store code, classes can store methods. So, let’s discuss classes in detail:

Introduction to Classes in C# 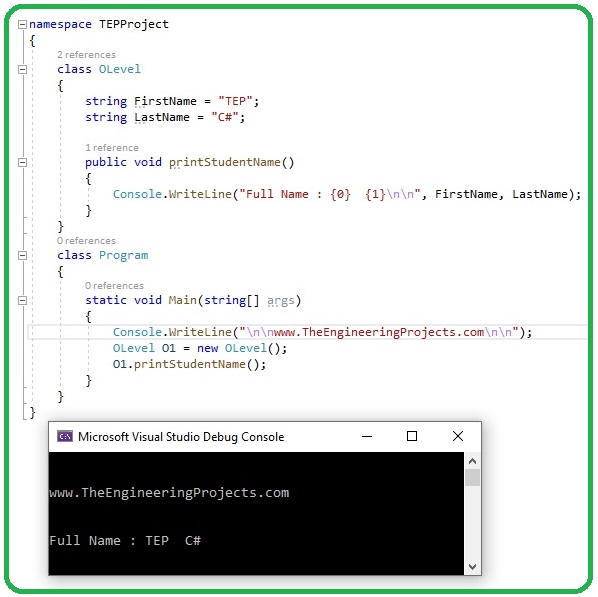 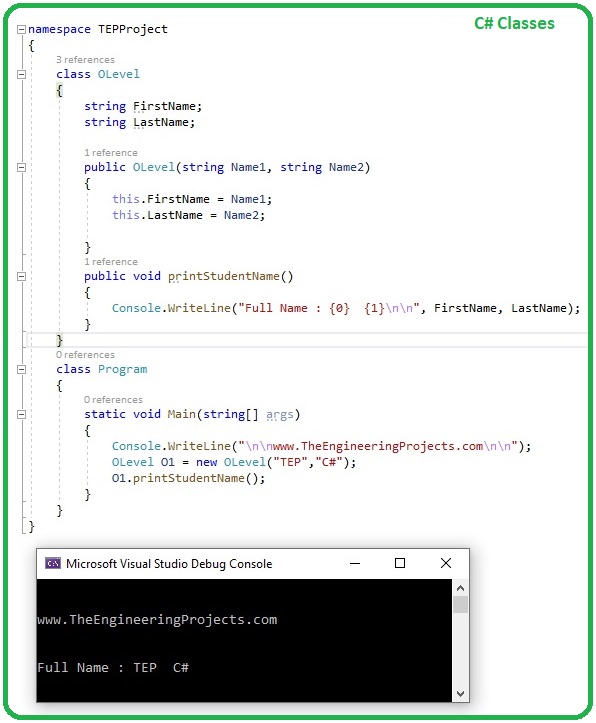 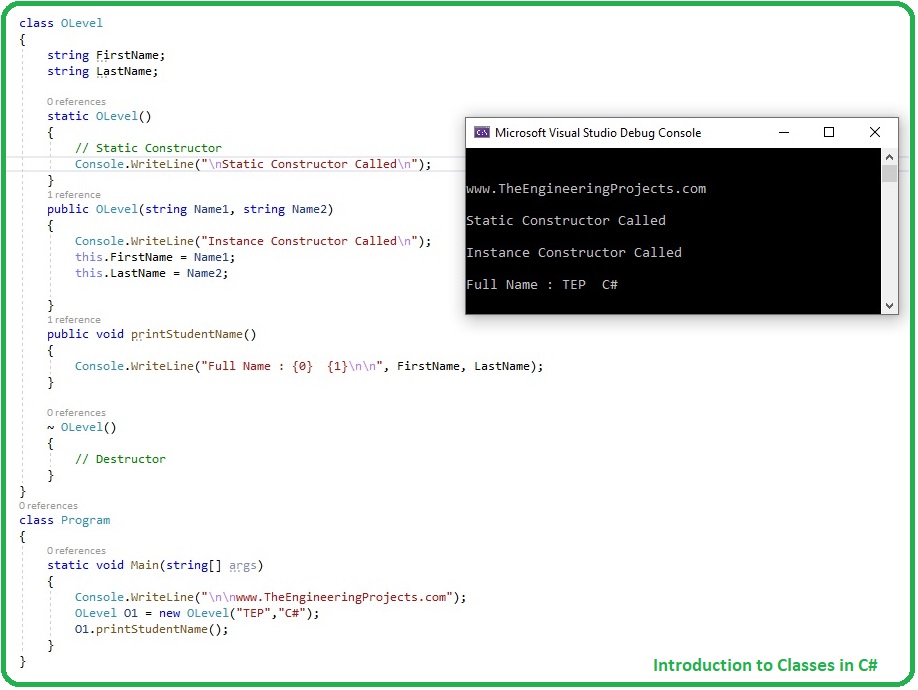 So, that was all about Classes in C#, I hope you have understand their basic concept, we will gradually move towards complex codes. In the next session, we will have a look at Introduction to Namespaces in C#. Till then take care & have fun !!! 🙂