Hello friends, I hope you all are doing great. In today’s tutorial, we will have a look at detailed Introduction to Delegates in C#. It’s our 21st tutorial in C# series and now we are entering in the complex field. C# concepts, we have studied so far, were quite simple, but now we are slowly moving towards complex topics.

Delegates are not that difficult as normally considered, you just need to understand its basic idea and rest is quite simple. So, let’s get started with Introduction to Delegates in C#:

Introduction to Delegates in C# 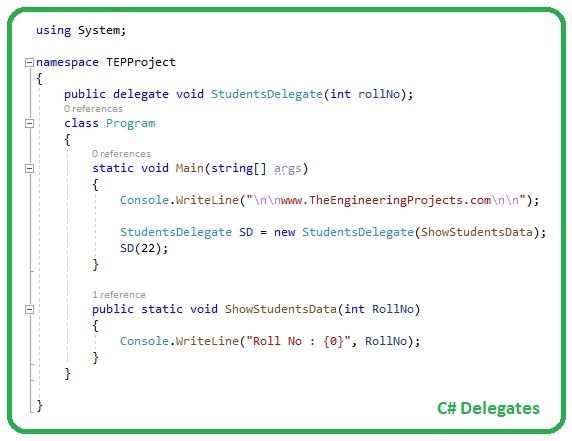 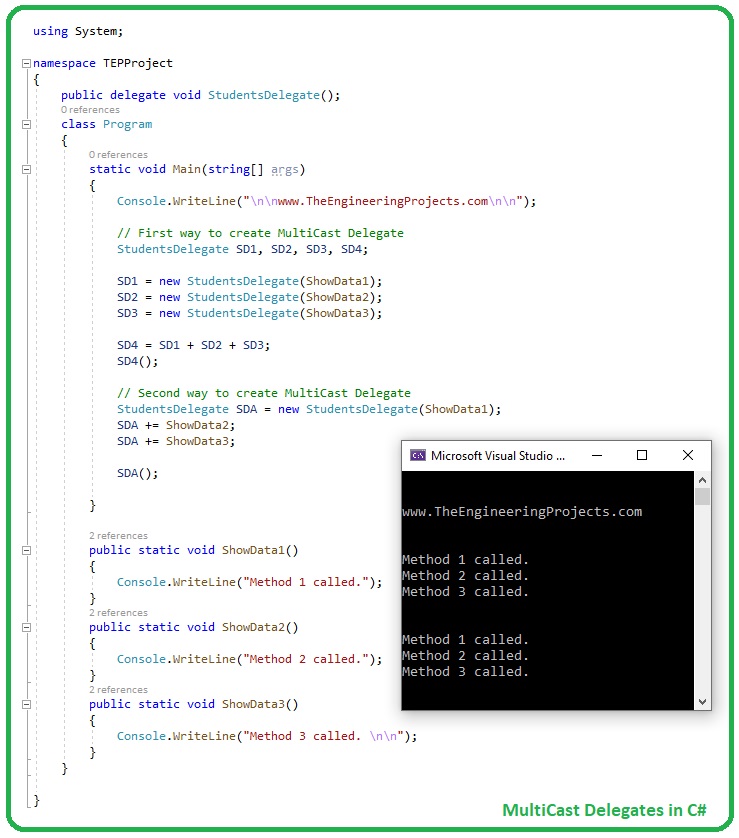 Example of Delegate in C# 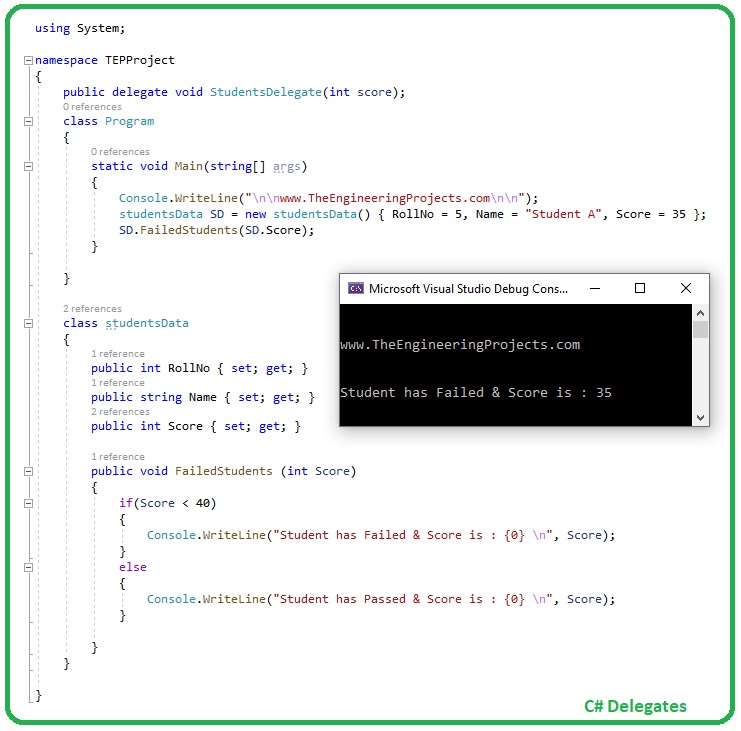 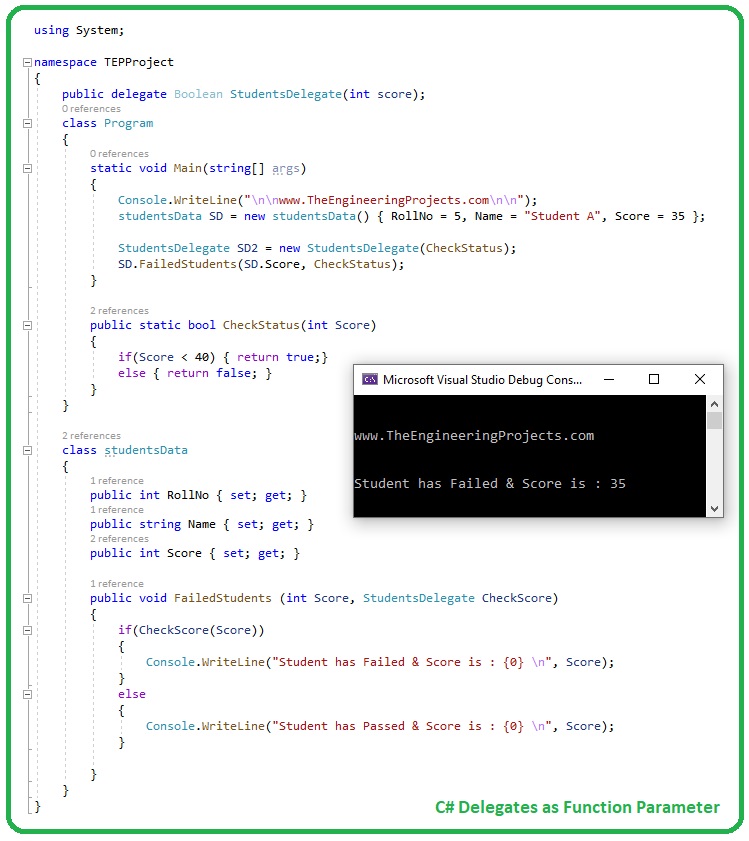 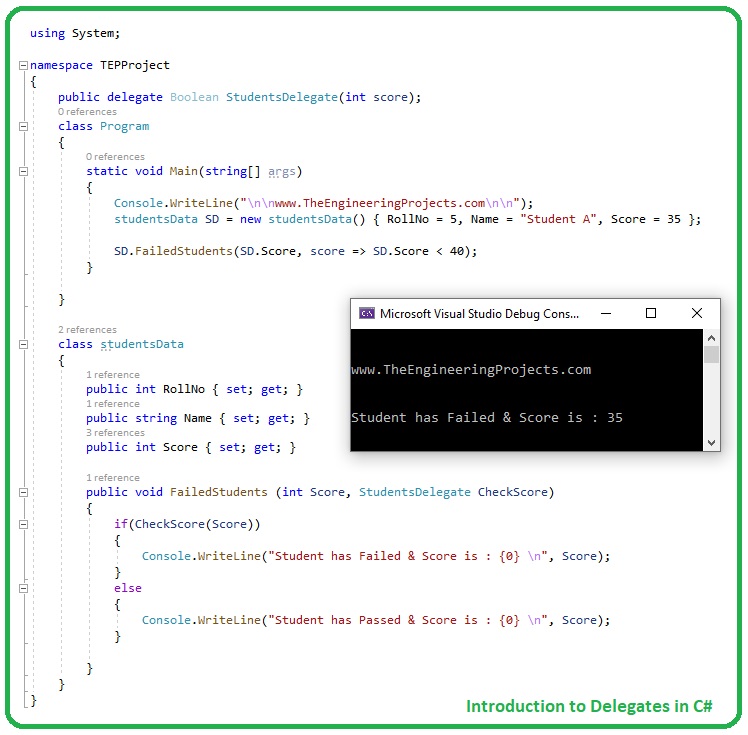 So, that was all about Delegates in C# and I hope you have understood their importance. In the coming lecture, we will have a look at Exception Handling in C#. Till then take care & have fun !!! 🙂