Hello friends, I hope you all are doing great. In today’s tutorial, we are gonna have a look at How to use switch Statement in C# and its our 9th tutorial in C# series. In our previous tutorial, we have seen IF Loop in C# and this switch statement is also a loop but works slightly different than IF loop and it totally depends on your application, which one you want to use.

First we will have a look at How to use switch statement in C# and after that we will also study goto statement, because switch and goto statements are normally used together. So, let’s get started with it:

How to use switch Statement in C#

case value1:
// This case will execute, if variable = value1
break;

default:
// default will execute, if all the above cases are false.
break; 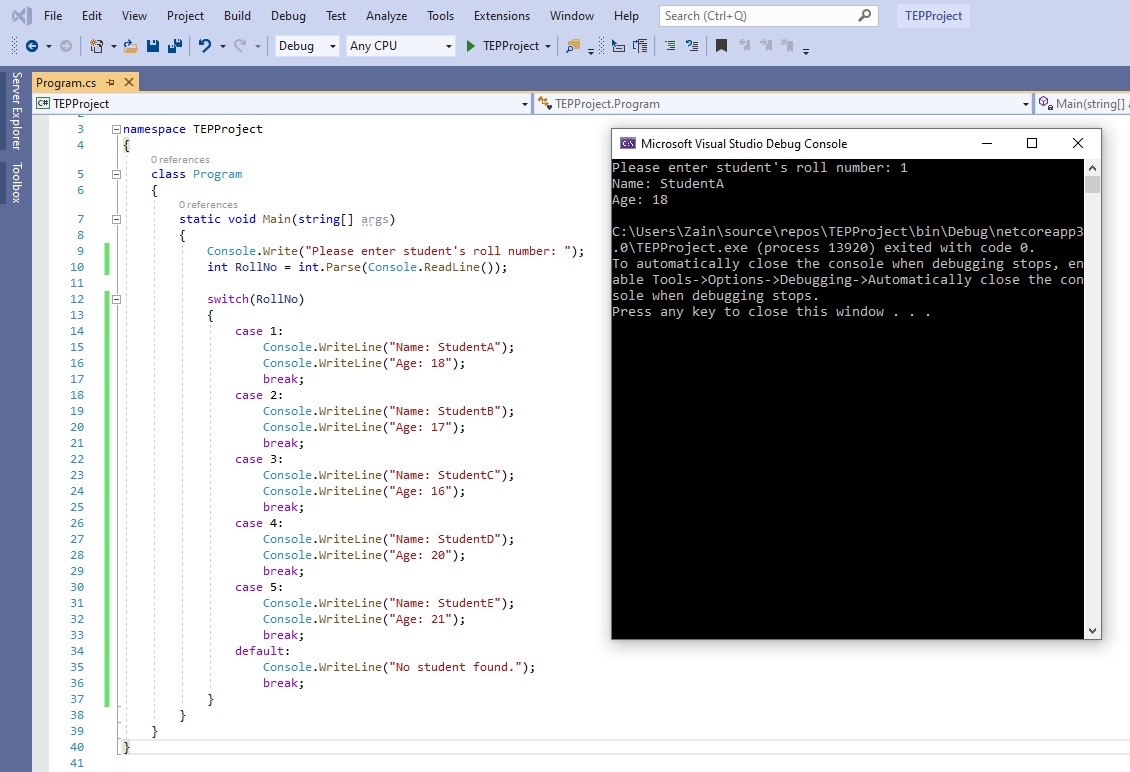 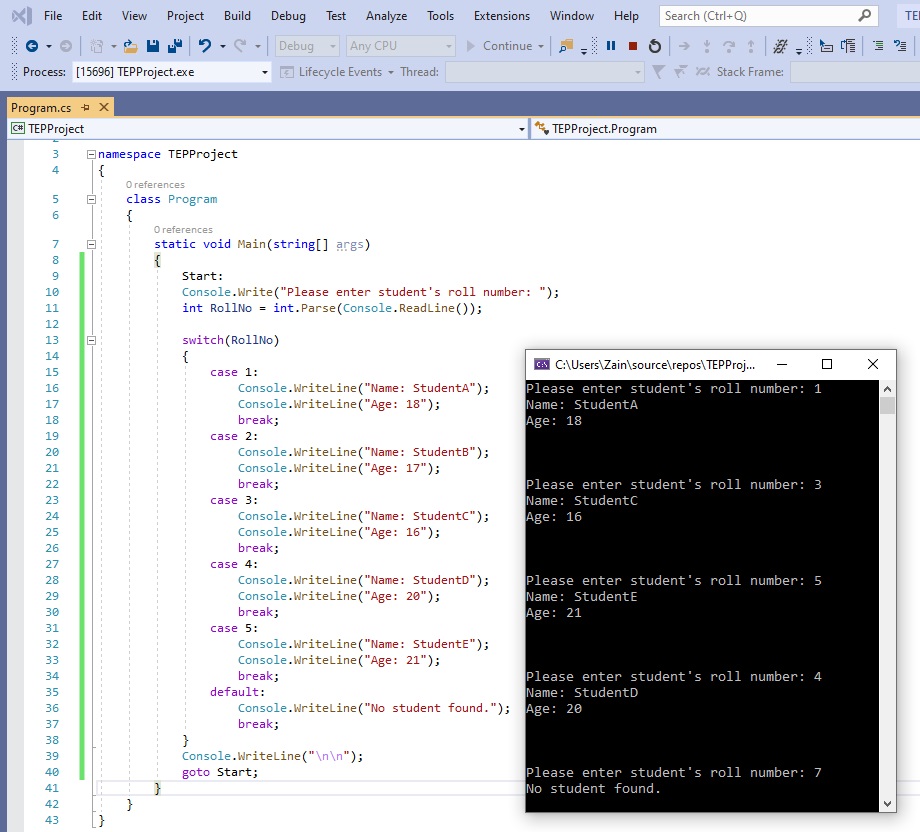 So, that was all about How to use switch Statement in C#. If you need any help then ask in comments. Will meet you in next tutorial. Till then take care !!! 🙂