Hello friends, I hope you all are doing great. In today tutorial, I am going to give you a detailed Introduction to Methods in C#. It’s our 12th tutorial in C# series. So far, we have covered all the basic concepts in C# and now it’s time to move forward and have a look at some complex concepts.

Methods have an important role in C# programming and if you want to be an efficient programmer then you must set your method controls correctly. Some methods have secret codes in them, which you don’t want to give access to your developers, then you can set it private. We will cover such things in detail later, let’s first have a look at Introduction to Methods in C#:

Introduction to Methods in C# 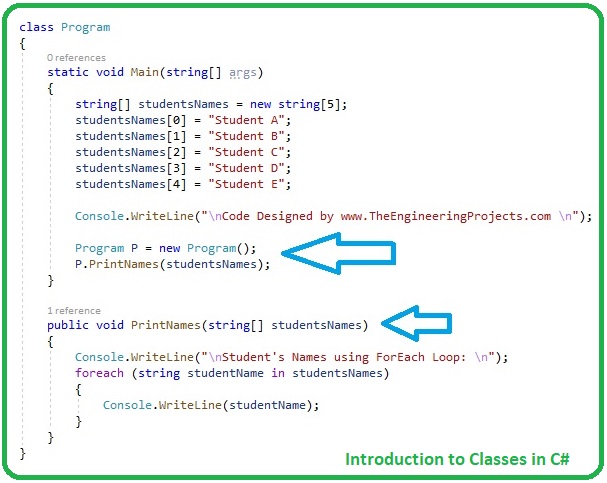 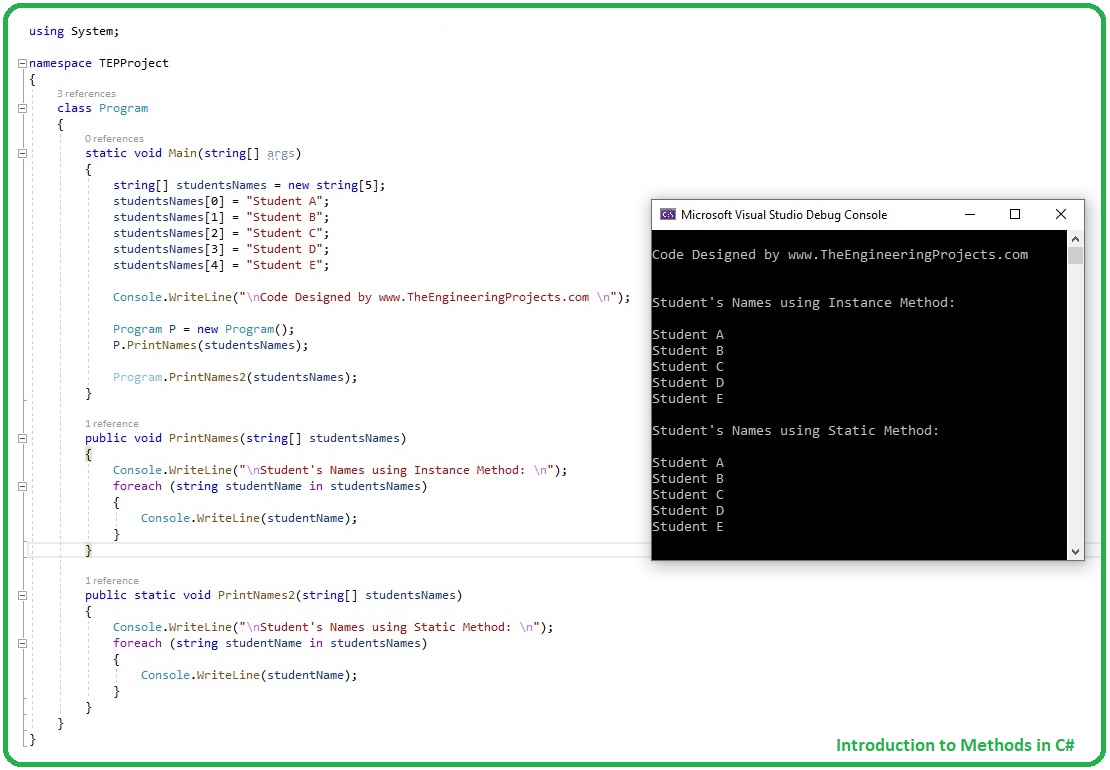 So, that was all about Methods in C# and I hope you have understood the difference between static and instance methods and how to invoke them. In the next lecture, we will have a look at Introduction to Namespace in C#, which is another important concept in C#. Till then take care & have fun !!! 🙂